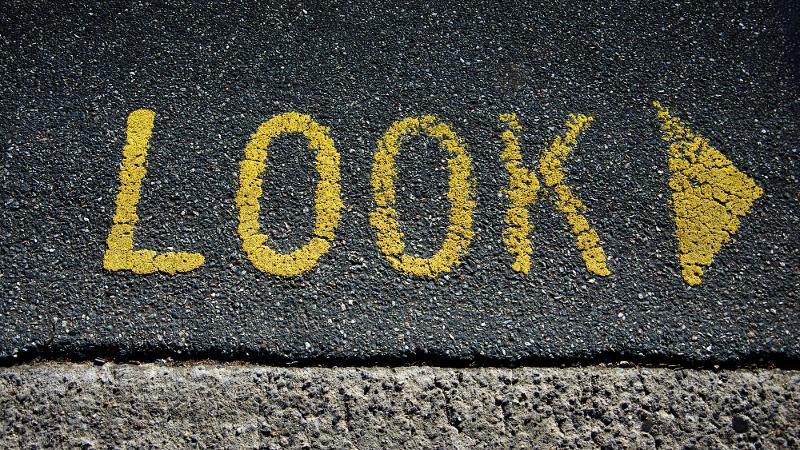 The 3MT is an international competition that challenges research students to communicate ideas and discoveries in a three-minute speech for non-specialist audiences. The VYT competition requires them to communicate their research in a one-minute video.

Both QUT winners are research students with the Centre for Accident Research and Road Safety – Queensland (CARRS-Q) and QUT Faculty of Health.

QUT’s 3MT winner, Mohammad Faramarzian, focuses on using human actions to design autonomous vehicle interfaces that will encourage people to trust and use the technologies.

“My research looks at how drivers make passengers feel comfortable in a car and uses that information to inform the design of interfaces that make autonomous vehicles seem more human,” Mr Faramarzian said.

“Humanising autonomous vehicles will help people engage with them when they need to.

“Automated vehicles could save lives if we allow them. That could happen if we can trust them enough—without over-trusting the technologies," he said. 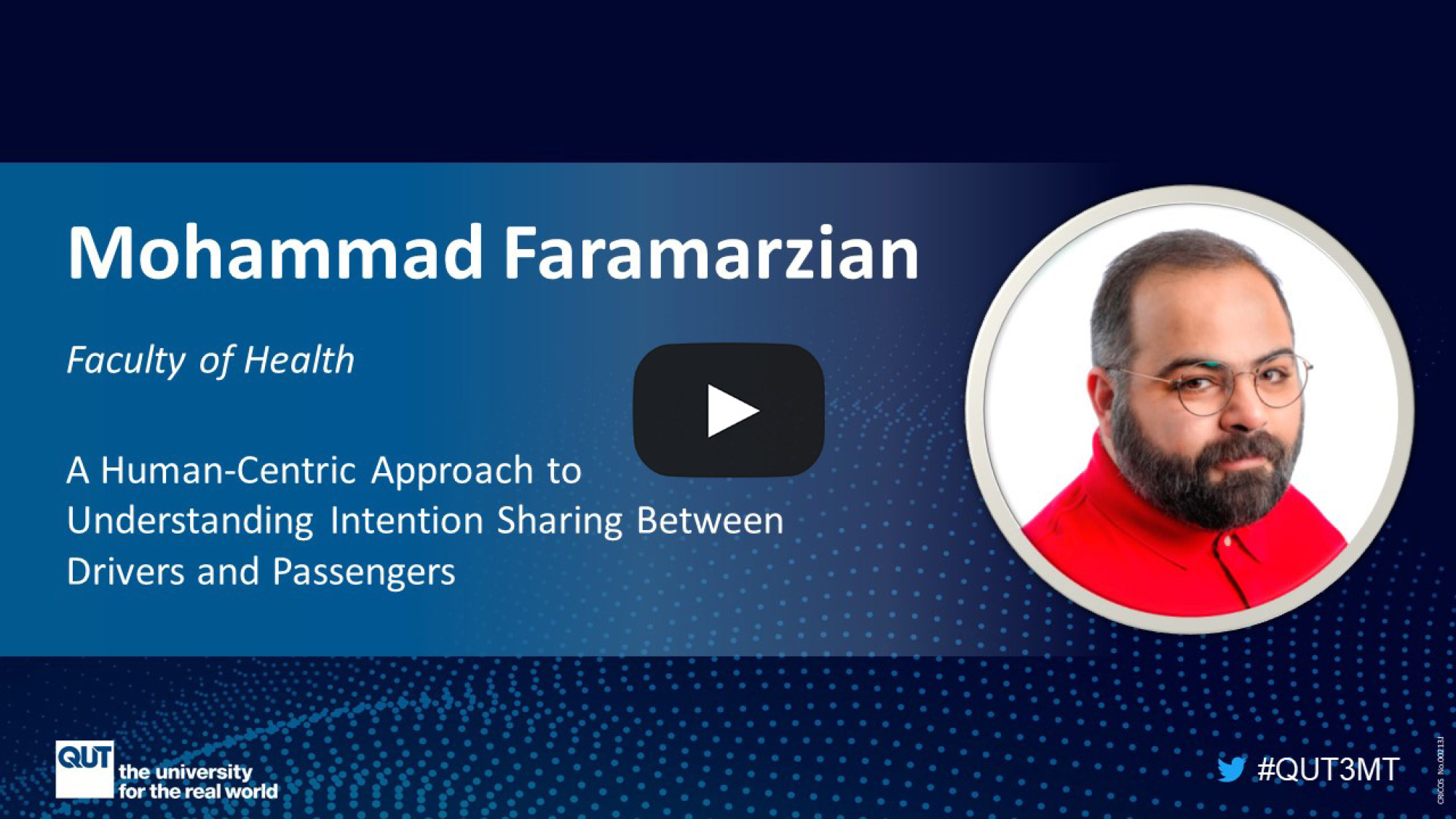 He said his work focused on evaluating the effectiveness of warning interventions for those distracted by their mobile phones.

“More than 35 per cent of pedestrians are distracted by mobile phones, which can lead to severe road crashes,” Mr Arafat said.

“I aim to inform policy-makers of the effectiveness of road awareness interventions like footpath warnings, inground flashing lights, lane separation and phone apps.” The 3MT runner-up was Yolanda Lee Waters, who presented research on how to motivate people to protect the Great Barrier Reef through climate change action, while the People’s Choice vote went to Shayma Mohammed Selim for her presentation on how digital health solutions could help tackle the appointment ‘no show’ problem.

The VYT runner-up was Kannan Singaravelu Jaganathan who showed how exercise could be a promising treatment for persistent post-concussion symptoms, while the People’s Choice vote went to Jasmine Petikirige for her visualisation of pineapple preservation techniques that could help mitigate food production losses.

View all finalist videos on QUTube.

Faculty-based finals included 95 3MT and 28 VYT entrants. Of those, eight 3MT and seven VYT entrants were selected for the QUT finals. Winners were announced at the QUT Graduate Research Showcase on 15 September 2021.

The 3MT winners will now compete against others from more than 900 universities across 85 countries in the Asia-Pacific competition, with winners to be announced on 20 October.

Winners of the VYT round will compete internationally with 28 universities over 9 countries, with winners to be announced at the eResearch Australasia conference, 11-15 October.

“More than 80 per cent of higher degree research graduates end up working in industry so communication skills are important to articulating what they can offer potential employers.

"Creating new knowledge requires evidence-based leaps of faith so a PhD pursuit is not for everyone, but the knowledge these researchers develop helps society to grow, prosper, make better decisions, and be more resilient in times of crisis,” he said.

“There is also a greater emphasis on professional development to better equip supervisors to support their higher degree research students,” he said. Dr Spencer said research was often seen as a pipeline to an academic career, and it has the broader social benefits of improving the lives of all citizens.

“There are different ways to complete a PhD now—whether by publication or pure research—and a lot more support following that to access grants and join research centres,” she said.

For information on QUT's annual research scholarship round, which is now open, visit qut.edu.au/research/annual-scholarship-round