With box office takings down up to 70 per cent compared to 2019, Australia’s independent cinemas have been hit hard by COVID-19, but many have innovated to maintain their audience say researchers from QUT’s Digital Media Research Centre (DMRC). 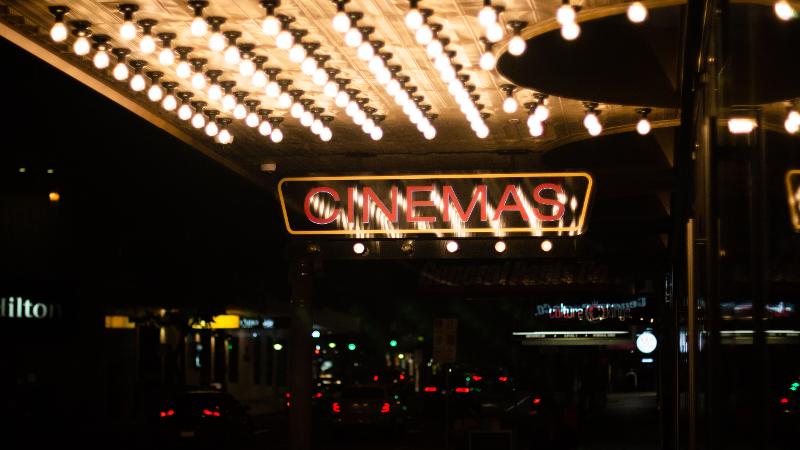 Virtual reality screenings, podcasts, pop-up outdoor cinemas and on-demand delivery services supplying popcorn and choc-tops are some of the means in which operators have continued to engage with and attract new audiences.

“Going to the movies is Australia’s most popular form of cultural activity. Independent cinemas hosted more than 27 million visitors a year and contributed more than $250 million into the nation’s economy prior to COVID-19,” said QUT film, screen and animation lecturer Dr Elkington.

“Independent cinemas are also invaluable as a platform for Australian feature films, representing at least 90 per cent of their box office receipts. Think of films like Charlie’s Country, Mystery Road, The Dressmaker, Animal Kingdom, Red Dog, Last Cab to Darwin, The Babadook, Bran Nue Dae, The Railway Man, The Sapphires and Wolf Creek – all owe something to those independent operators.

Most of the independents are in regional areas, providing vital social and cultural infrastructure to those local communities. Cinemas bring everyone together”.

“It is no surprise to learn that due to COVID-19, independent cinemas are currently trading around 50% to 70% less than 2019 box office revenue but there are encouraging signs of recovery, led by their ability to ‘pivot’ and adapt to the crisis.”

“Australian independent cinemas have shown themselves to be very flexible in response to COVID-19, finding clever ways to stay connected to their audiences,” said Dr Van Hemert.

“Like much of the arts and entertainment sector, they continue to face an uncertain and difficult future. COVID’s impact has reduced audience confidence, prolonged cinema closures, and led to the withholding of new release films by distributors.

“Yet cinema operators have been particularly nimble in pivoting to adapt to the pandemic.

“Since lockdowns began, cinemas have been boosted by the sudden new-found popularity of drive-in and pop-up outdoor cinemas. We are also seeing them using on-demand delivery services like Uber for popcorn and choc-tops as well as creating podcasts, virtual reality screenings and pop-up film streaming services.”

Australia’s industry body, Independent Cinemas Australia (ICA) have welcomed recent developments such as the announcement by the Federal Government in March of a $20 million commitment to assist independent cinema operators.

According to ICA, the Supporting Cinemas’ Retention Endurance and Enhancement of Neighbourhoods (SCREEN) Fund, administered by Screen Australia, will assist independent cinema operators who have experienced significant declines in revenue due to the pandemic, with one-off business continuity grants.

“What’s essential can often feel invisible. Cinema going has been one of our most accessible and most popular cultural forms, but pre-pandemic it’s one we may have taken for granted a little,” said Dr Elkington.

“Our research highlights the extent to which cinemas have not stopped innovating to maintain a connection with their audiences. Oddly, the shutdowns have forced many to deeply reflect on why they do what they do and what the value of cinema is to the Australian public.”

Dr Elkington and Dr Van Hemert will use the new DMRC funding to investigate overseas examples of cinema resilience, like the work of the UK’s Independent Cinema Office. They also plan to co-develop new strategies to ensure better resilience for the sector with industry partners such as the Brisbane International Film Festival (BIFF) and Australia’s industry body, Independent Cinemas Australia.

“It is the experience of watching films together that gives that extra dimension of social context, the nuances of a collective response to a scene – 400 people holding their breath or laughing at the same moment as you,” said Ms Avila.

“This DMRC research, led by Dr Elkington and Dr Van Hemert, will enhance BIFF's understanding of our audience on new and deeper levels, enabling us to build on their findings over the next three years to deliver the cinema experiences that our audiences are most keen to receive.”

Despite COVID-19’s impact, new independent cinemas are opening, with a Cinebar just announced for Brisbane’s Ferny Grove to open in 2023 and an 11 screen, 1000 Dendy Cinema complex as part of the Queens Village development at Southport to open this year. Dr Van Hemert said the news demonstrated the positive approach to the future.

“For audiences, the practice of going to the movies has always been about more than just watching a film,” said Dr Van Hemert.

“Some of our strongest memories may be linked to the cinema. The first film we saw as a child, escaping from our parents as teenagers, or going on a first date. The value of cinema going is tied to the collective experience, and understanding this experience is at the heart of our research.”