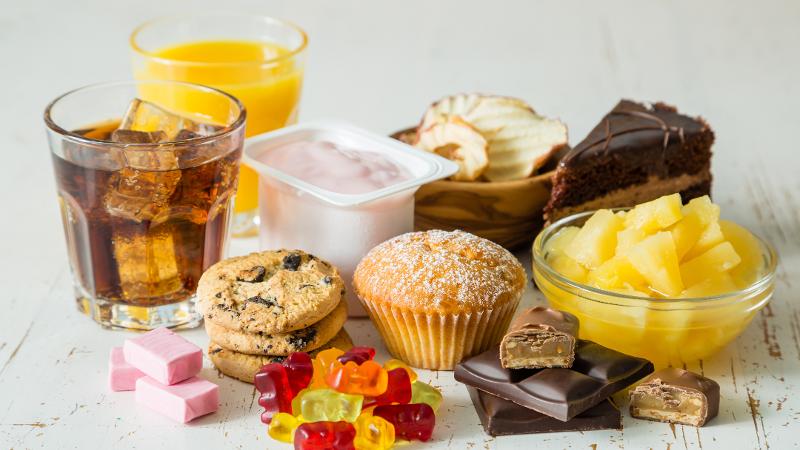 The study resulted in a reduced risk of sugar-induced weight gain and other health problems when the mice were given a much smaller daily dose of sucrose, supporting World Health Organisation calls for a reduction in sugar intake by humans.

One of the lead authors, QUT neuroscientist Professor Selena Bartlett, says many children, adolescents, and adults in more than 60 countries, including Australia, have a diet consisting of more than four times the sugar (100g) recommended by the World Health Organisation (25g per person per day).

“More work needs to be done in the investigation of the long-term effects of sugar on adolescents and adults but our results with the mouse model are very promising,” said Professor Bartlett.

“Recent evidence shows obesity and impulsive behaviours caused by poor dietary habits leads to further overconsumption of processed food and beverages but the long-term effects on cognitive processes and hyperactivity from sugar overconsumption, beginning at adolescence, are not known,” said Professor Bartlett.

“Our study found long-term sugar consumption (a 12-week period with the mice which started the trial at five weeks of age) at a level that significantly boosts weight gain, elicits an abnormal and excessive stimulation of the nervous system in response to novelty. It also alters both episodic and spatial memory. These results are like those reported in attention deficit and hyperactivity disorders.

“Human trials would need to be done but it suggests a link to the long-term overconsumption of sugar, beginning at a young age, which occurs more commonly in the Western Diet and an increased risk of developing persistent hyperactivity and neurocognitive deficits in adulthood.”

Professor Bartlett said while the concept of ‘sugar addiction’ and the classification of sugar as a substance of abuse were still being debated, there is increasing evidence of overlap in the brain circuitry and molecular signalling pathways involved in sugar consumption and drug abuse.

“People consume sugar and food to regulate energy balance, but also for pleasure and comfort. This hedonistic desire for palatable food is reward-driven and overeating can impact upon and even override our ability to regulate,” Professor Bartlett said.

“It is increasingly considered that unrestricted consumption of high-sugar food and beverages within the Western Diet might be linked to the increased obesity epidemic. A strong association between attention-deficits/hyperactivity disorders and being overweight or obese have also been revealed.

“Taken together, these data suggest that sugar-induced obesity may participate to the developing pathogenesis of ADHD-like symptoms in western countries. In children, high sugar consumption correlates with hyperactivity and in adults, with inattention and impulsivity.

“What has been unclear though, is whether chronic overconsumption of sucrose – starting from childhood – would have the same negative impact on our nervous system, emotions or cognition throughout adulthood as other addictive drugs.

“This study on mice goes a long way to resolving that question. Our results show for the first time that long-term consumption of sucrose leads to significant weight gain and produces persistent hyperactivity and learning impairments.”

Co-lead author Dr Arnauld Belmer added that while the overall sugar consumption has dropped since the mid-1990s, obesity rates have climbed.

“This rise in obesity rates could result from a delayed effect of excess sugar, suggesting that adult obesity may be driven by high sugar intake over a life span,” Dr Belmer said.

“Interestingly, our investigation with the mice found reducing the daily sucrose intake four-fold did prevent sugar-induced increase in weight gain, supporting the WHO’s recommendation to restrict sugar intake by this amount would be effective. It could also limit the other negative consequences including hyperactivity and cognitive impairment.”

A  PDF of the paper is available.