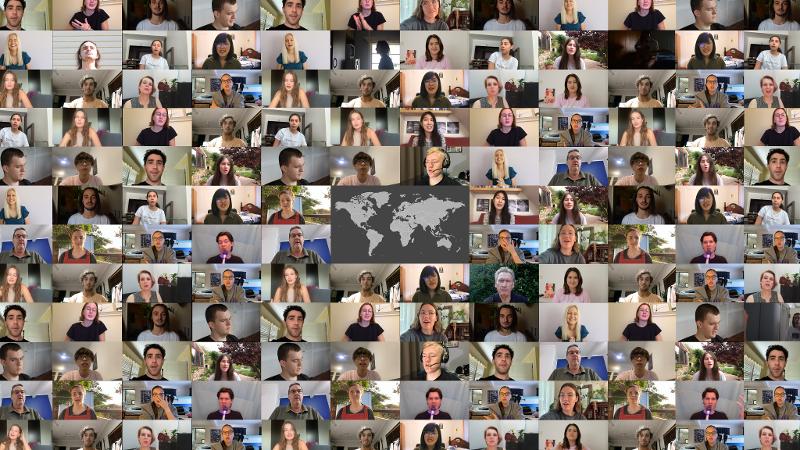 The result, ‘From Home’ was launched on YouTube on the weekend (21 June) and includes episodes about the impact of COVID-19 on homelessness, international students, finding love, and teachers struggling to work online, as well as a beautiful ode to grandparents.

QUT Creative Industries senior lecturer in film Dr Phoebe Hart said the third-year film and screen students had been extraordinarily inventive when faced with the restrictions of isolation away from campus. 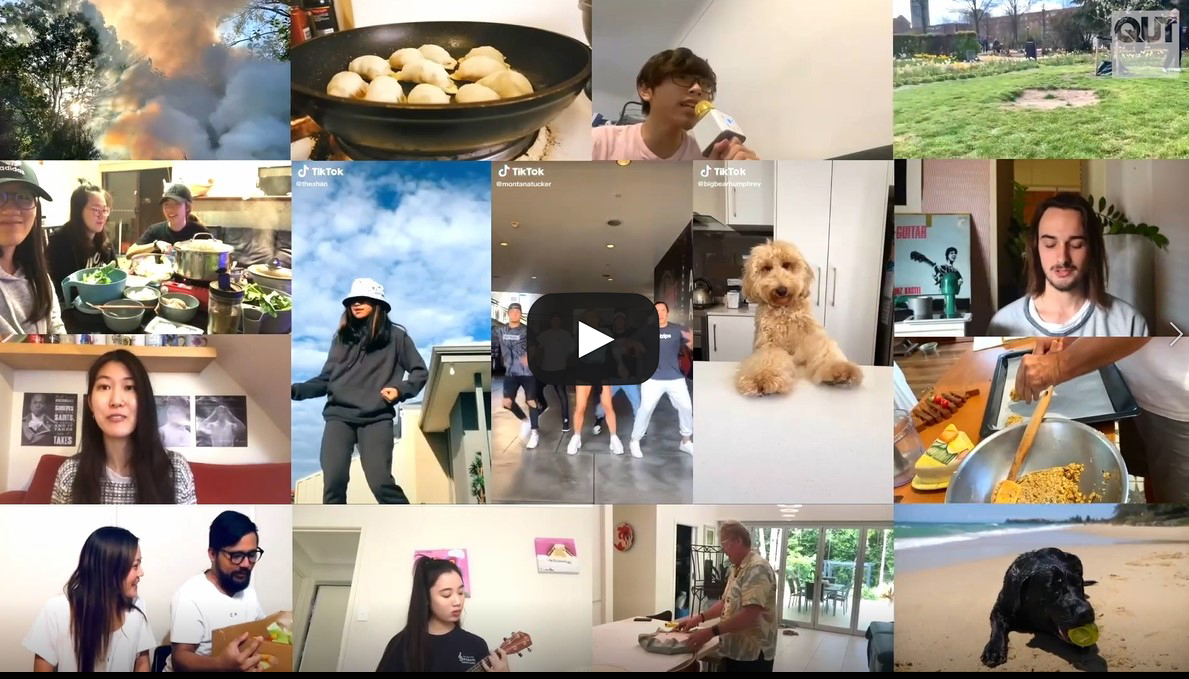 “When COVID-19 lockdowns happened, they were forced to give up all their plans for the final year filmmaking projects as well as access to the QUT’s wonderful film equipment and facilities,” said Dr Hart.

“Like much of Australia, they are abiding by self-isolation directives and along with most of QUT’s students, continue their studies from home.

“That presents quite a challenge when you would normally be on location to shoot a film but they instead worked collaboratively from their individual homes to make an eight-part web series, shot mostly on smart phones, iPads and other camera equipment they had to hand.

“Some of the documentaries were even shot via Zoom. The resulting ‘From Home’ series is comprised of eight short films which represent a triumph over adversity and tell very human, quite magical stories.”

Lexy Suttor was Supervising Producer for the project, and the mature-age student said her previous 20 years as a project manager in a software development company was invaluable experience in coordinating what turned out to be a much bigger job than she expected.

“It was very challenging but very rewarding. Normally the students are all based in Brisbane but in going home some went to regions like the Sunshine Coast and Cairns while one was even in Melbourne,” said Lexy.

“Others couldn’t go home, like the international student from Papua New Guinea. His story is told in one of the films, while another student who normally volunteers in a soup kitchen, focused on how the crisis affected people struggling with homelessness and how they are helping each other.

“Over the Fence is a revealing look at a family who went into isolation very early as their 10-year-old daughter Evie has a serious health issue – they live next door to one of the QUT film students.

“Another student’s parents are teachers while To the World has a very strong, uplifting message which suggests people reach out to charities, not panic and look after each other as we emerge from the pandemic.

“I think the process has also shown that the film industry can take a different shape post COVID-19 in that a production can be shot in a location like Hollywood or elsewhere but then be edited in Brisbane, for example.”

Dr Hart said the students would be assessed for their efforts as part of the Situated Creative Practice unit, which gives Bachelor of Fine Arts degree students the opportunity to complete up to two 24 Credit Point creative projects in the final year. In doing so they can work with peers from across the breadth of Creative Industries on both industry-partnered and self-driven projects.

The entire series was launched on YouTube on Sunday and can be viewed online. The individual films are: