QUT researchers have used a combination of virtual reality (VR), aerial thermal-imaging and ground surveys to build a better statistical model for predicting the location of koalas and, ultimately, protecting their habitat. 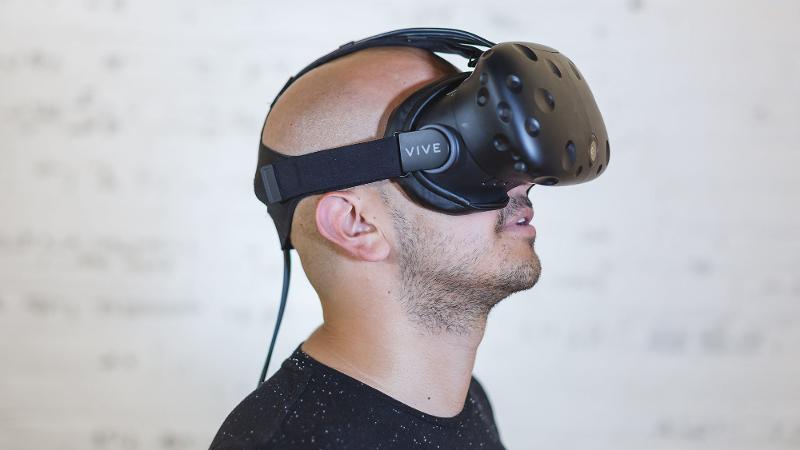 In the study, published in the journal PLoS ONE, researchers from QUT and the ARC Centre of Excellence for Mathematical and Statistical Frontiers (ACEMS) used the mashup of high-tech 360-degree imagery and heat-seeking drone cameras along with traditional techniques of ground surveys to develop a model that could be used to identify areas most likely to be home to koalas, which are facing population decline.

Lead author Dr Catherine Leigh, who is also an Associate Investigator with ACEMS, said the advantage of the multi-pronged approach was that it greatly increased the accuracy of the statistical model.

“It’s about building a model that tells us with confidence where koalas are and where they’re not,” Dr Leigh said.

“When you start building up a model with all of that data, you get a much better idea about where the koalas are likely to be.

“If you can predict where koalas are, and the types of habitats they are hanging around in, then you know not only where to go to keep monitoring them but also the areas you need to protect.”

In the study, the researchers used ground survey information captured between 2012 and 2017 from Alexander Clarke Park in Loganholme, south-east Queensland, which is an area that has vegetation ranging from dense forest to grass fields and contains facilities including playgrounds and a dog park.

Dr Leigh said one of the challenges with ground survey observations was that they could show a statistical bias of higher koala populations close to paths and other areas easily accessible by observers.

“When you’re out in the field as an experienced koala observer or a citizen scientist, you really are restricted where you can walk. And koalas are hard to see, even by trained observers,” Dr Leigh said.

“They are slow moving and often hidden high in the canopy.”

To counteract that, the researchers surveyed the area from the air using thermal cameras near sunrise, when the body heat of the koalas is detectable against the surrounding foliage.

The third part of the study involved sending researchers out to some of the 82 specific locations in the area where koalas were known to either be or not be, to take 360-degree images. Those images were then shown to a panel of koala experts wearing VR headsets, with the experts asked to state how likely the environment they were viewing in was ‘good koala habitat’.

Dr Leigh said the advantage of using VR for the survey was it enabled them to bring the environment to the experts rather than having to take the experts to the field.

“A lot of the research done on immersive experiences suggests that it helps to bring back the memories associated with when that expert has been in the field in the past, so they can be more cognizant of making the decision about the likelihood that a koala would be there.”

The researchers found that the three-pronged system of VR-prompted expert information, thermal imagery and ground surveys proved to be 75 per cent more accurate at predicting koala locations than ground surveys alone.

“You put all three together and you get a much better model,” Dr Leigh said.

Dr Leigh said the methods could be used by councils and town planning authorities to obtain critical information needed for koala protection.