As bushfires ravage much of Australia, a QUT expert has called for an urgent review of planning regulations which currently limit construction to conventional homes only able to withstand moderate levels of bushfire attack. 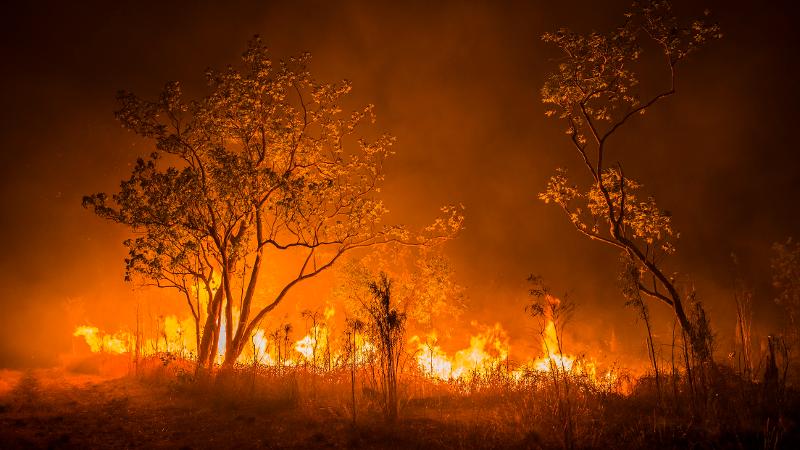 He also believes the mass clearing of trees on new estates and around homes is a dangerous folly when trees are known to provide protection to homes during a bushfire. And Queensland is most at risk.

“Across this burning continent the single greatest threat to innovation and our adaptation to bushfire are state and local government planning regulations which mandate uniform specifications for cleared zones of vegetation around new and existing homes,” said Dr Ian Weir, architect and lecturer with QUT’s School of Design. “While Australia’s bushfire building standards (AS3959 and others) are the most advanced in the world – prescribing construction details for houses sited in the most extreme ‘catastrophic’ conditions - the application of those standards is significantly hamstrung by planning controls.

“This is especially the case in Queensland where homes only have to be built to withstand ‘very high’ fire danger levels (FDI 40), which is less than half the level of resilience required for ‘catastrophic’ conditions (FDI 100+) – which is where most buildings and life loss has occurred in Australian bushfires.”

Dr Weir (below right) said the magnitude of the problem was highlighted by the FDI 80-100 conditions South East Queensland has experienced in its last two fire ‘seasons’, where any new homes built to the national standard in the last 20 years are significantly under protected. “Any mass evacuation, say of any of SEQ’s many peri-urban housing estates, that back onto unmanaged bushland, could lead to suburban-scale building loss - generated by the domino effect of house-to-house ignition. We saw this in Santa Rosa USA in 2017 where over 2800 homes were destroyed in a single urban conflagration,” he said.

“The mantra of state planning departments and fire authorities is that their mandated minimum 20metre cleared zone around houses – the so-called ‘defendable space’ - is sacrosanct because it is intended to protect the lives of firefighters.

“It’s flawed logic - the home would not need to be defended by firefighters if the full scope of Australia’s building standards were applied to its design and construction. Also, in many instances of fireground research it has been found that trees encircling homes protect that home from ember attack and radiant heat, as well as providing the life-sustaining amenity for daily habitation.”

Dr Weir argued that instead of wholesale clearing of trees homeowners should manage the combustible fuels such as twigs, leaf litter and the understory beneath trees.

“Fuel is fuel and that includes combustible elements of the home such as timber decks and verandas,” he said.

“That trees are assets providing microclimatic conditions of cooling and moisture retention - helping to minimise the fire danger level at the scale of the individual home – is ignored in our nation-wide top-down regulatory frameworks.

“Clearly if we are to adapt to bushfires, we need to envisage a new paradigm of residential architecture, where our fire resilient homes are fine-tuned to their sites – but that can only be enabled by a re-thinking of our current planning mindset.”

Dr Weir is a founding member of the Bushfire Building Council of Australia and following the devastating 2009 Victorian bushfires was asked to design homes for that state’s conditions using principles similar to those he had employed for houses designed for fire-prone landscapes in Western Australia.

He argues that much can be done design-wise to ensure a home responds to bushfire while minimizing cost. The Karri Fire House, which was designed for a professional firefighter, is entirely non-combustible, it harvests rainwater and has sprinkler systems operated by off grid pumps, while its window shutters protect windows and doors from radiant heat and fire-borne projectiles and perform as insect screens and glare control on a daily basis.