Published by CSIRO last year, the book has been praised by international reviewers as a “beautifully written and illustrated introduction to a group of mammals that are often overlooked”. 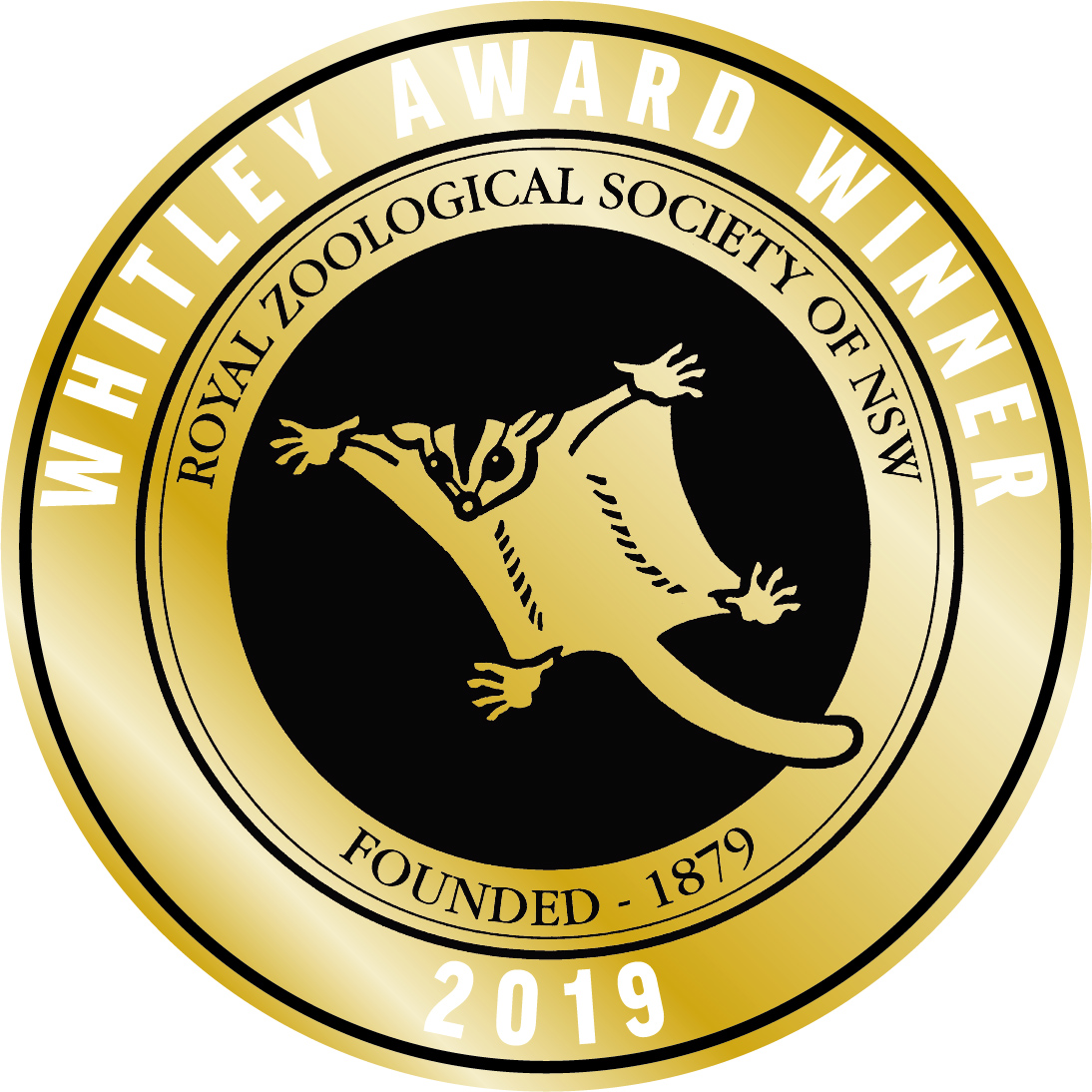 It is the second national Whitley accolade for Dr Baker, who has discovered five new species of carnivorous marsupial in as many years.  He contributed a chapter to the Handbook of the Mammals of the World, Volume 5: Monotremes and Marsupials, edited by the American Smithsonian Institution, which won the top award, the Whitley Medal, in 2016.

The antechinus is one of Australia's intriguing carnivorous marsupials, and Dr Baker and his QUT research team recently returned from a third, trap-and-release field trip in south-east Queensland to Best of All Lookout in Springbrook National Park to study the rare black-tailed dusky antechinus (Antechinus arktos) – one of 15 species of the mouse-like mammal, discovered only a few years ago and placed on Australia’s endangered species list last year.

Like all antechinuses, the males all drop dead each year after a frenetic, testosterone-fuelled mating ritual, poisoned by the toxic flood of cortisol stress hormone coursing through their bodies after two weeks of non-stop sex.

During the researchers’ earlier visits to the Springbrook Lookout in June and July, they failed to capture any endangered black-tailed dusky antechinus, or any of its common brown antechinus cousins, in 1750 traps. In their recent return August trip, a few weeks before the mating period, the team set about 700 traps – and again came up empty-handed for the rare antechinus, and caught only one of the brown species.

“In previous years, the Lookout has been one of the best sites to study the black-tailed dusky antechinus,” Dr Baker said.  “For example, in August 2015, after laying 600 traps we caught 12.

“This year, we took the Canines for Wildlife dog detection team with us. The dogs did detect the endangered antechinus scent at Springbrook, which was fantastic, but it was disappointing not to also have visual corroboration that these marsupials are still there and not lost, as we had feared.

“We have left cameras where the dogs detected scent. Hopefully, the cameras record antechinus activity over the next few months.

“Black-tailed dusky antechinus populations are genetically fragmented. The animals at Springbrook are different from those found in other Scenic Rim mountain areas, so it is imperative that all the populations are preserved.”

Dr Baker said the researchers also went to Lamington National Park in August, to sites at Green Mountains where they trapped and studied rare antechinus in recent years. They also visited historical capture locations at O’Reilly’s and Binna Burra.

“This time we only had three black-tailed dusky captures after setting more than 2000 traps; the captures were on adjacent Green Mountains survey sites. We got no captures at Binna Burra. The dogs did detect scents in both locations out near the escarpment edge, so again we have left cameras to try to get photos.

“This latest three-week study trip strongly suggests populations of the rare antechinus have dwindled. The spots we did capture them or got positive responses from the dogs were at higher altitudes than where they’ve been found previously in these areas.  Most likely, any remaining animals have retracted to the highest and wettest rainforest habitats in the Scenic Rim.”

Dr Baker said it was too early to assess the impact of the recent Springbrook and Lamington bushfires on small mammal communities.

“The bushfires may result in local extinctions, given the hot and rapid fire spread, plus the fact that, as we found in our earlier field work, the mammals already appeared to be under stress because of the very dry past year,” he said.

“The black-tailed dusky antechinuses have apparently retreated to the wettest rainforest patches, and these fires should not reach them. But what happens in the future, as the climate gets hotter and drier, is unknown and of great concern.

“Fire has become a more significant part of management planning for rainforest-dwelling threatened species. In November last year, for example, forested areas in Eungella, west of Mackay, were seriously impacted by fire. More than 10,000 hectares of high altitude rainforest was burnt – this ecosystem may take decades, or even centuries, to recover.

“More frequent, higher-intensity, and earlier-in-the-season bushfires, along with a host of other threats, are rapidly forcing us to change the way we manage our threatened species – or risk losing them forever.”

The collaborative research on the black-tailed dusky antechinus forms part of QUT student Stephane Batista’s PhD project, supervised by Dr Baker, QUT Associate Professor Matt Phillips and University of Queensland (UQ) Associate Professor Diana Fisher, and is supported by Canines for Wildlife and the Department of Environment and Science.

Epigenetics tell the story of trauma and recovery

A world-first study of the epigenetics of posttraumatic growth and resilience points the way for further research into how people can overcome the negative impacts of trauma after events such as bushfires, serious motor vehicle accidents, domestic violence, childhood and work-related trauma.