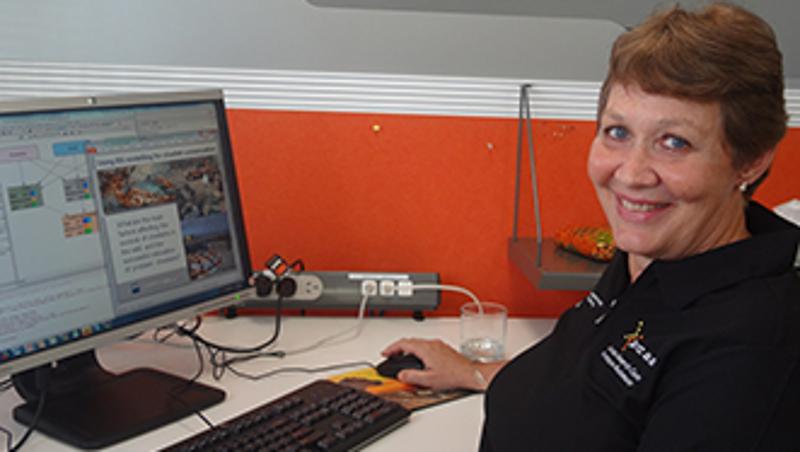 Monitoring the movements and populations of koalas, dingos, feral pigs and other wildlife will be a lot easier thanks to a QUT collaboration involving a dynamic blend of high profile research areas including aerial robots, artificial intelligence and Bayesian statistics.

Project leader Dr Felipe Gonzalez from the Australian Research Centre for Aerospace Automation (ARCAA) at QUT said the project was exploring Bayesian statistical modelling, artificial intelligence, wireless technology and the use of aerial robots or unmanned aerial vehicles (UAVs) to improve the accuracy of population estimates of koalas and other wildlife.

"A digital camera does not easily or accurately capture the koalas in their habitat but thermal imaging from an airborne vantage point can better assist in determining how many are in a given space," Dr Gonzalez said.

"This dynamic combination of expertise and technology opens up many exciting possibilities in wildlife conservation of vulnerable or endangered species, as well as invasive species' populations.

"It will enable us to respond earlier and in a more targeted way to critical issues whether it's the relocation and reintroduction of endangered species, the rehabilitation of injured animals or the control of invasive and destructive species like feral pigs, cats and wild dogs.

"We use artificial intelligence and machine learning to develop counting and tracking algorithms with results so far showing a significant improvement in detection rates and more accurate population counts."

Amber Gillett, Senior Veterinarian at the Australia Zoo Wildlife Hospital said the implications of being able to monitor koalas and other wildlife from the air were far-reaching.

"Detecting koalas in bushland from the ground is a very hard task. It requires a lot of resources and manpower to survey an area for koalas. Even in our small plantation pen where we hold about 10 koalas, and know what trees the koalas often sit in, it may require up to 3 staff and more than half an hour to identify them all each day," Ms Gillett said.

"Koalas can be very hard to see amongst the leaves of trees, even when you know they are there. Subsequently, visual detection from the ground of koalas for population estimates often drastically underestimates the real number of koalas.

"Technology like this is extremely exciting. We need better and more accurate ways to determine wild koala numbers, particularly in areas where decline is evident, as currently estimates are really only 'estimates' and not each and every koala being counted."

Dr Sandra Johnson, ARC Centre of Excellence for Mathematical and Statistical Frontiers (ACEMS) at QUT, said the use of Bayesian statistics is highly suited to modelling areas and populations most at risk, estimating population size and incorporating uncertainty in decision making.

"Bayesian statistical modelling is not new but its popularity still remains high, mainly due to advances in modern simulation computer software and its suitability to tackle challenging real-life issues such as making informed decisions under uncertainty and to predict outcomes for koalas and other species," Dr Johnson said.

"We see this project as being of significant use to Biosecurity Queensland and other wildlife agencies.

"The combination of aerial robotics, tracking, statistical modelling and wireless identification devices are invaluable in monitoring the health and reintegration of rehabilitated injured animals into their previous habitat, or for reintroduction and relocation of endangered and threatened species."

The aerial robot was flown using manual control and programmed to fly autonomously across a section of bushland around Australia Zoo's Wildlife Hospital above and parallel to the tree line.

To view vision captured by the aerial robot, visit https://www.youtube.com/watch?v=tVplwN7xP1w&feature=youtu.be

QUT is the base of the Australian Research Council Centre of Excellence in Robotic Vision which aims to deliver the breakthrough science and technologies to create a new generation of robots that can visually sense and understand complex and unstructured real-world environments.