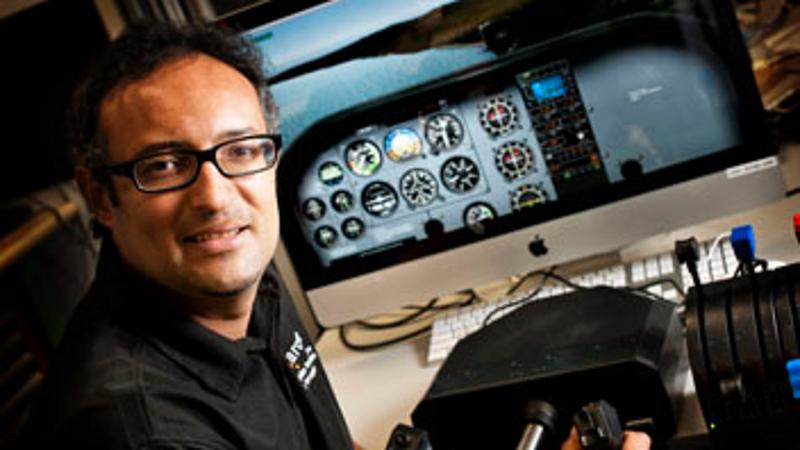 QUT unmanned aircraft researchers have made what's believed to be a world-first breakthrough for small unmanned aircraft (UA) under 20 kilograms, developing an automated emergency landing system (AELS) that has enabled the aircraft to land on its its own.

Australian Research Centre for Aerospace Automation (ARCAA) Deputy Director, Dr Luis Mejias, said technology had been tested and proven on both QUT's Cessna aircraft as well as onboard a small (UA) taking the technology further than elsewhere in the world.

"Using the ARCAA-developed Detect, Think, Act system, the aircraft, simulating engine failure while in flight, was able to detect possible landing areas, select the best one, then control the aircraft to a safe touchdown," Dr Mejias said. (See video: https://mediawarehouse.qut.edu.au/QMW/player/?dID=26434&dDocName=QMW_024606&ref=share)

The research and test flights were conducted by QUT as part of Project ResQu, a $7 million two-year project funded by the Queensland Government, QUT, CSIRO, BR&T-Australia and Insitu Pacific, which aimed to fast-track the development of smart technologies to enable unmanned aircraft to fly safely in civil airspace.

Previously, the Project ResQu team had tested and proved what was believed to be the world's first on-board vision system to enable a small UA to detect and avoid another aircraft while in flight.

With the successful completion of the project, ARCAA Director Professor Duncan Campbell said the newly-developed technologies had great potential for commercialisation.

"The research and technologies developed throughout Project ResQu amount to significant advancements that will ultimately pave the way for the routine use of UA in disaster management, such as during fires and floods, as well as environmental monitoring and other uses," Professor Campbell said.

He said with the closure of the joint project and recommendations made to the Civil Aviation Safety Authority (CASA), the focus was now on contributing to the progress of the regulations and standards that need to be established for these technologies to develop further.

"Through our continuing representation on CASA's UAS Standards Sub-committee, the outcomes from Project ResQu will inform and actively guide the development of the standards necessary for routine safe operation of unmanned aircraft in civil airspace," he said.

"The standards will need to take into account a range of conditions including populous areas and other airspace users.

"Once the standards are set, unmanned aircraft operators will know exactly what parameters UA will be required to meet in order to fly under a range of conditions."

ARCAA is a specialist research centre of the Queensland University of Technology (QUT). ARCAA conducts research into all aspects of aviation automation, with a particular research focus on autonomous technologies which support the more efficient and safer utilisation of airspace, and the development of autonomous aircraft and on-board sensor systems for a wide range of commercial applications.

Insitu Pacific, located in Queensland, Australia has provided UAS services to defence, civil and commercial interests in the Asia-Pacific region since June 2009.