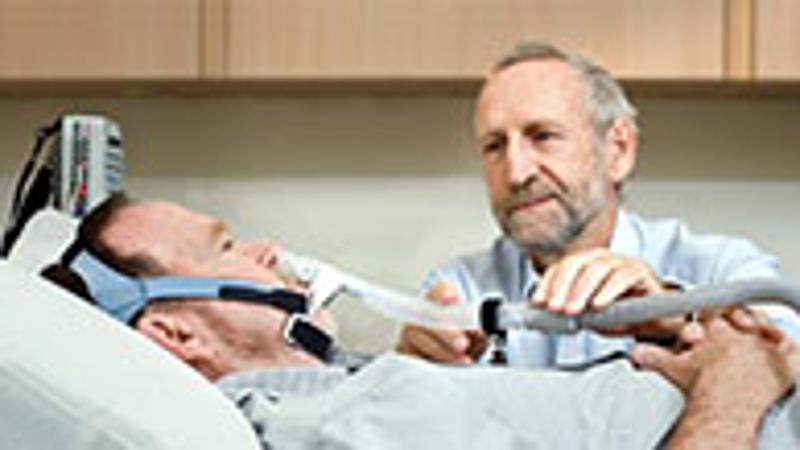 A new drug-free treatment will be trialled for people with symptoms of insomnia and obstructive sleep apnea in Brisbane.

Led by QUT in partnership with The Prince Charles Hospital, the trial is for people with the two overlapping sleep disorders and will test if insomnia therapy can improve sleep apnea treatments and lead to better overall sleep quality.

"Many people can have an occasional bad night's sleep but when that bad night becomes a pattern and continues for more than a few months, it can have a significant impact on a person's daily life," Professor Smith said.

"For example, on-going poor sleep can lead to a lack of concentration, increased injury risks, social problems, or just being tired, moody and irritable a lot of the time. These problems can all have an effect on work, family relationships and a person's health."

Professor Smith said volunteers were being sought to take part in the six month trial, and there was a website for people to self-assess if they were suitable to take part.

"This trial is for people who think they may have, or have recently be diagnosed with insomnia and sleep apnea but are not currently undertaking Continuous Positive Airway Pressure (CPAP) treatment or Cognitive Behaviour Therapy," he said.

"Symptoms of these two sleep conditions include snoring, day time tiredness, and mood changes as a result of a lack of good sleep."

He said obstructive sleep apnea was a condition where a person stopped breathing for short periods of times while they were asleep, and was caused by the narrowing or collapsing of the airway in the throat.

"While it is becoming much more common, especially in people over the age of 45, it remains undiagnosed in many people," Professor Smith said.

"Insomnia is perhaps the most common sleep disorder, with around 15 per cent of the population affected. While insomnia is sometimes treated with medication, non-drug treatments can be most effective."

"About 30 per cent of patients with sleep apnea also have insomnia. The combination of these disorders may make it harder to manage each disorder in isolation. A combined approach that provides the gold standard treatment for both disorders needs to be trialled."

Professor Smith said the trial would investigate whether Cognitive Behaviour Therapy could be used to improve sleep apnea treatments.

"What we are offering is the gold standard in treatment for these two sleep disorders," he said.

To self-assess your eligibility to take part in the trial, visit here