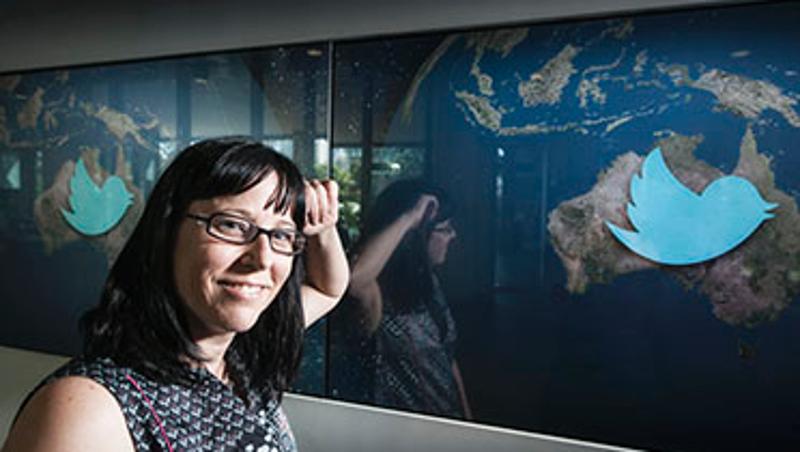 QUT researchers are mapping the G20 Leaders' Summit as it plays out on Twitter.

Find out what people are tweeting from inside the declared areas, or about happenings within the declared areas.
•View interactive maps. We suggest you 'view as an iFrame' in each map to make the most of the zoom feature. Check out the new maps created showing Brisbane-based Twitter activity around the arrival of Barak Obama, two delegate spotting maps, showing which leaders are being talked about in Brisbane and where they're being talked about.
•Watch the G20 Hypometer.
•More information about the project.
Update as at 12pm, Sunday November 16:

G20 Hypometer
We're analysing all #G20 tweets to see what the world thinks of the leaders' summit.

Twitter leaderboard - countries most talked about, and where Australia sits in the conversation

G20 social media maps
In a first for any G20 event, we're mining tweets about what's happening inside the declared zones, and plotting them on four interactive maps.

Twitter hot spots and themes
•The man searched outside the Marriott Hotel after President Obama left has been a topic on Twitter
•4BC tweet about police checking all bags of passengers at Bowen Hills train station, also popular
•There is some annoyance present, due to traffic disruption in the city - the closing of offramps on riverside Expressway and Coronation Drive were tweeted but generally people are postivie about the G20
•Lots of retweets relating President Obama's speech yesterday.
•Quite a few celebrity spotters outside the Marriott and Hilton Hotels waiting for President Obama and Putin respectively.
•Some talk about the protests and the peaceful resolution between police and organisers regarding the hanging of banners off the Victoria Bridge.