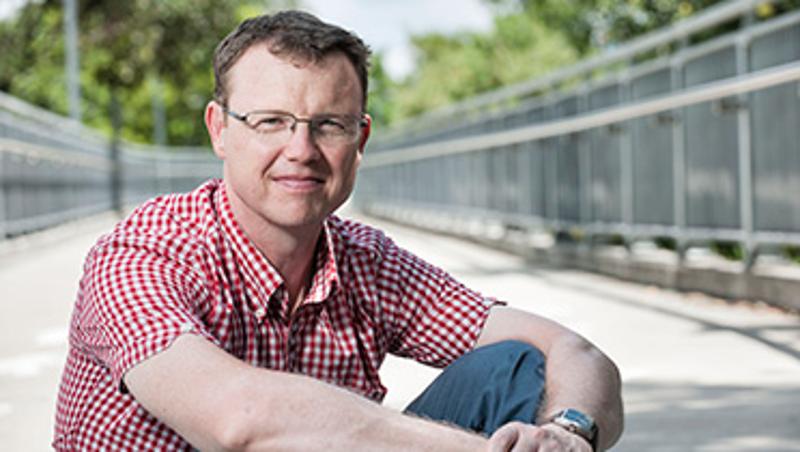 It is likely air pollution from the 2014 Hazelwood coal mine fire in Victoria caused the premature deaths of 11 people, a QUT health researcher said.

The fire burned for 45 days in February and March, blanketing the town of Morwell in smoke and ash.

Associate Professor Adrian Barnett, a leading expert in the health effects of air pollution, was asked to analyse official Births, Deaths and Marriages data obtained by the ABC's Victorian 7:30 television program for the Hazelwood, Churchill, Coopers Creek and Carrajung postcode areas close to the coal mine where the fire burned.

"Based on these data, I estimate an 89 per cent probability of an increased risk of death during February and March 2014," the Institute of Health and Biomedical Innovation statistician said.

"That's an estimated 15 per cent increase in the typical death rate and translates to around 11 to 14 extra deaths in the four postcodes for February to March."

Voices of the Valley, a community group set up during the fire, requested the official Births, Deaths and Marriages data after noticing an increase in death notices in the local papers.

The official data showed the total deaths between February and June for the postcodes was 285 - compared to a 2009-2013 average of 240.

He adjusted his analysis to account for the high temperatures in the region at the time of the fire, which reduced the probability to 81 per cent, or an 11 per cent increase in deaths, which accounted for a small reduction in the risk of death.

He said he was not surprised by the results of his analysis.

"This is exactly what would be expected," Professor Barnett said.

"Air pollution is a known killer and at these high levels the risk of deaths was bound to be higher.

"We can go right back to the London smog episode of 1952, caused by coal burning, which killed thousands of people.

"The only reason we didn't see thousands of deaths around Morwell is because the coal fire happened in a relatively sparsely populated area."

Professor Barnett has recommended the findings be investigated further.

"It would be particularly useful to look at the cause of death to see if the deaths during this time were often due to diseases that we know are caused by air pollution, such as cardiovascular and respiratory disease," he said.

"It could also be useful to interview friends and family members and find out what these people were doing during the fire and if they tried to limit their exposure or sought medical advice.

"It's very likely that we will experience more of these types of massive fires in the future as the severity and frequency of heatwaves increases, so we need to learn from this experience to better protect our future health."