Forget Sochi - it's gold, gold, gold to the Cube! 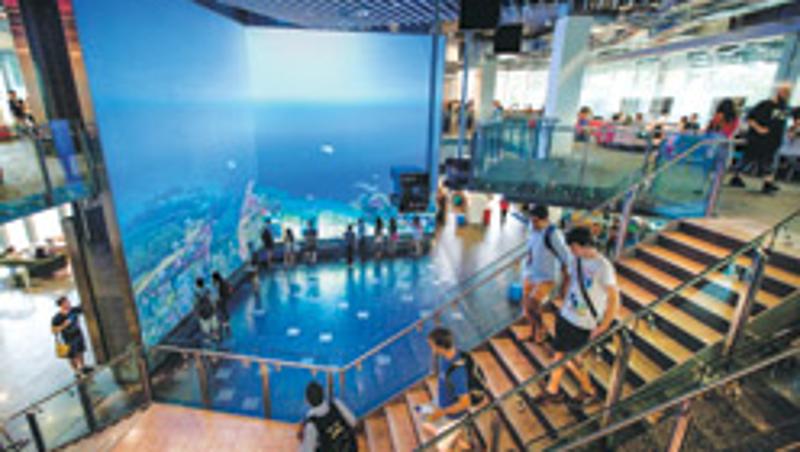 QUT was named with winner of the Gold Apex Award for Education & Healthcare at the awards dinner at the Paris Las Vegas Hotel and Casino last Wedensday.

Eleven gold awards - the Apexs' highest honour - were presented as part of the Digital Signage Expo, with QUT in the company of other winners including Samsung, Adidas and BMW.

The Cube impressed judges with its 48 55-inch MultiTaction Cell displays across six educational zones, including the amazing centrepiece with its two-story, 14-metre-long virtual reef, 20 MultiTaction displays and 14 edge-blended Panasonic projectors.

The list of Gold Apex Award winners can be found here.

The Cube is located in QUT's $230 million Science and Engineering Centre which opened in 2013.