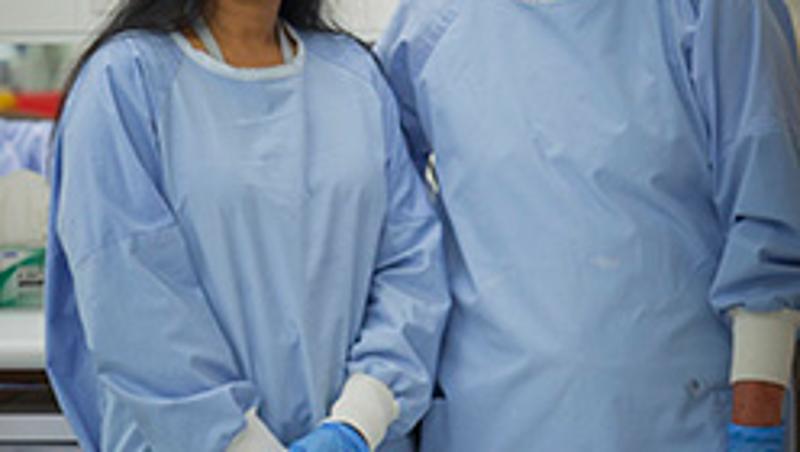 New research has identified more than 80 genetic variations that can increase a person's risk of prostate, breast and ovarian cancers.

Three QUT scientists were part of the largest-ever study of its type, which could lead to improved early screening and new treatments.

The international team studied the DNA of 200,000 people to identify genetic variations, called single nucleotide polymorphisms (SNPs), that are associated with the risk of developing prostate, breast and ovarian cancer.

However, the cancer risk multiplied significantly with the number of variations within a person's DNA.

"Take, prostate cancer, for instance, which was the focus of Queensland's contribution to the research," Dr Batra said, also of QUT's Faculty of Health.

"If you're unlucky enough to be in the one per cent of people with lots of these prostate-cancer related variations in your DNA, your risk of developing this disease could rise by nearly 50 per cent compared to the population average."

"We found 23 additional genetic variations linked to prostate cancer and 16 of those relate to life-threatening forms of the disease," Dr Batra said.

"We can now explain 35 per cent of the hereditary risk of prostate cancer by combining the effects of these 78 variations - but that means we have 65 per cent to go."

Dr Batra worked closely with fellow IHBI scientists Professor Judith Clements and Srilakshmi Srinivasan, as well as scientists from the Queensland Institute of Medical Research, to help design the SNP chip that analysed the DNA for prostate cancer-released genetic variations.

The analysis involved Queensland prostate cancer patients, whose DNA were compared to that of healthy individuals.

The QUT scientists are currently designing a second chip to isolate the remaining variations.

The SNP research would be used to design genetic tests for prostate cancer, which would complement existing screening technologies.

"These genetic variations are inherited and don't change with age," Professor Clements said.

"That means it's possible to test for the cancer risks well before they actually develop in a person.

"So knowing the genetic composition of a man's DNA becomes an important step in dealing with his disease.

"Doctors would likely opt for regular screening and early surgical removal for patients likely to develop aggressive prostate cancer, but opt for watchful waiting in patients with variations linked to non-aggressive forms."

The generic variation study was led by the UK's University of Cambridge and The Institute of Cancer Research.

It marked the first attempt to identify genetic variations associated with the risk of prostate, breast and ovarian cancer in a very large number of people.