Crash, bang, thump – the hidden dangers around the home 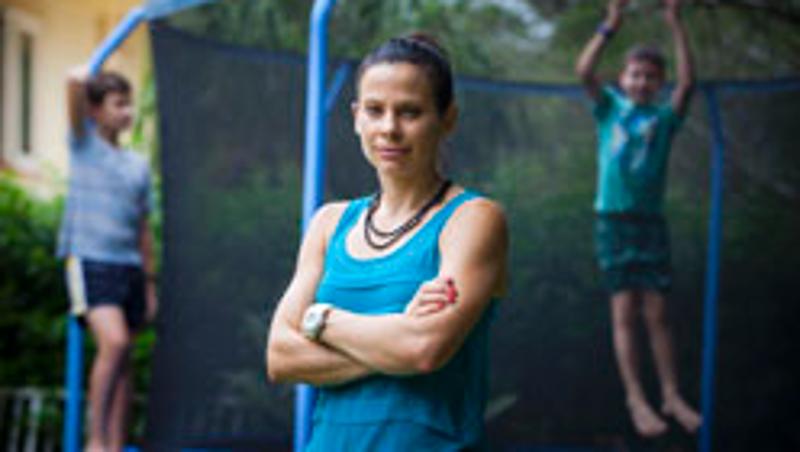 Bunk beds and baby change tables are among the hidden dangers around the home causing serious injury and death to Queensland children.

The lead author of the report, QUT's Dr Kirsten McKenzie, said consumer products were a significant cause of child injury requiring treatment in emergency departments in Queensland hospitals.

"The aim of this report is to highlight the dangers associated with consumer products that are commonplace around the home and look at ways to improve their safety," Dr McKenzie said.

"We found that the proportion of injuries related to a consumer product steadily decreases with age with a marked drop from the age of 6 years onwards.

"What this shows is that children up to six years of age are at most risk of injury around the home and therefore products used by children must be assessed for safety."

Injuries associated with these products come as a result of interactions between product design and parental and child behaviours.

She said while there were Australian standards around some of the products, parents would be surprised that many products do not have safety standards.

However, Dr McKenzie said standards were only one aspect of safe use.

"Although there is a mandatory standard for bunk bed design requiring - among other things - a rail to prevent falls from the upper bunk, injuries from bunk beds were high on the list in both emergency department presentations and hospital admission data," she said.

"It is staggering that on average almost 300 children a year required emergency department treatment for injuries related to bunk beds, with 4 to 6 year olds most commonly hurt.

"What is concerning is that the bulk of bunk bed injuries are occurring to children well below the recommended age for use of bunk beds and that most of the injuries are a result of children playing on the bunks rather than sleeping.

"So while the design standards may be contributing to a reduction in injuries, the behaviour around the use of the bunk beds needs to be addressed."

Dr McKenzie said the study also found many consumer products such as baby change tables were not governed by Australian standards.

"I think people would be surprised to know there are no specific voluntary or mandatory safety standards for change tables in Australia," she said.

"The injury data clearly indicates a need for some intervention in relation to change tables."

She said there are almost 100 injuries a year relating to falls from baby change tables and one in five toddlers presenting to an emergency department after such injuries were hospitalised.

"Parents may assume that products intended for use by infants meet a certain safety benchmark, and this may be influencing their behaviour when using a change table."

Dr McKenzie said there was considerable opportunity for strengthening the current product safety surveillance system within Queensland as well as nationally and internationally.

The report is based on data from Queensland emergency department presentations and hospital admissions, as well as data provided by the Queensland Injury Surveillance Unit.

The full report is available at QUT Eprints.