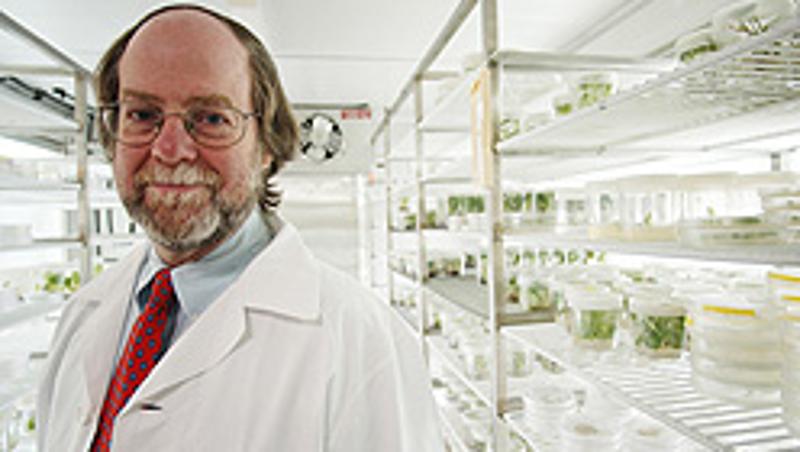 A world-first banana biofortification project at Queensland University of Technology has been offered a $1.49 million (US$1.1 million) grant from the Grand Challenges in Global Health initiative to help improve the health of malnourished Ugandans and potentially other populations in the tropics.

The global health project, Development of Bananas with Optimised Bioavailable Micronutrients, will see scientists from QUT's Institute of Health and Biomedical Innovation (IHBI) boost the nutrient content of the banana variety that is the staple diet in Uganda.

The grant is funded by the Bill & Melinda Gates Foundation.

Ugandans eat an average of 1kg of bananas per person per day. But their local variety is low in nutrients including iron, iodine and vitamin A.

Professor Dale is QUT's director of science research and an international biotechnology expert. He has worked in agricultural research for 25 years and has a dedicated team working to improve the quality and quantity of tropic crops. The team includes a Ugandan PhD student, Priver Namanya, who will arrive at QUT this year.

Professor Dale said researchers would conduct nutritional biofortification trials on Australian Cavendish bananas, and then transfer their techniques to Ugandan scientists to be applied to local bananas.

"Bananas are a staple food for the Ugandans", Professor Dale said.

"But East African highland bananas are not like the typical bananas we eat in Australia as they are primarily cooking bananas. They are also low in iron and vitamin A which leads to a lot of health problems. One of the biggest problems is iron-deficient anaemia, which affects 40% of children under five."

Professor Dale said Uganda was the world's second largest producer and it was not realistic to get farmers to change their crops to a different type of banana or staple food.

He said food aid was also not sustainable. Instead, he said biofortification was the most practical option.

Professor Jon Izant, the executive director of IHBI, said the Grand Challenges grant was a wonderful opportunity to bring together a broad-based team to contribute to alleviating malnutrition in the tropics.

"The Gates Foundation is a great partner for this project - they share our goal of using advanced biotechnology to improve human health," he said.