Ambos' call-outs rise and fall with the temperature If the temperature hits 30 degrees, Brisbane ambos can expect approximately 10 per cent more call-outs that day for people with chronic conditions, research from QUT's Institute of Health and Biomedical Innovation has found.

With summer on its way and climate change in full swing, QUT Professor Shilu Tong's analysis of 784,000 daily ambulance attendances between 2000 and 2007 could prove a valuable predictive tool.

"We found a 1.2 per cent increase in total ambulance call-outs for each degree in temperature above 22 degrees for people with cardio-vascular, respiratory or other chronic conditions," said Professor Tong, a researcher with the School of Public Health and Social Work and IHBI.

"We found 22 degrees was the threshold with minimal call-outs and the effect of one degree below was even higher - for each degree below 22 there was a 1.3 per cent increase in call-outs."

"We also studied the delayed effects of hot and cold days by looking at the relationship between exposure to hot or cold temperature and the number of call-outs on the second and third days after their exposure using a time series model," he said.

"This research is the first study of its kind in a sub tropical climate and shows that people with underlying heart, lung or other medical conditions are vulnerable to temperature change. Older people and children are also more susceptible to fluctuations in heat and cold."

"This finding has potential to indicate where and when ambulance services will be in high demand and also could help in issuing warnings to the vulnerable to take extra care of their health in extreme weather," he said.

This study was funded by the Australian Research Council. Professor Tong's paper has been published in the British Medical Journal Open (2012;2:e001074).

Chalk one up for carbon capture 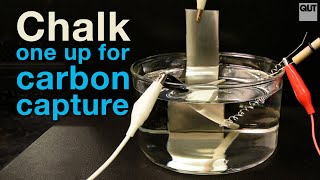