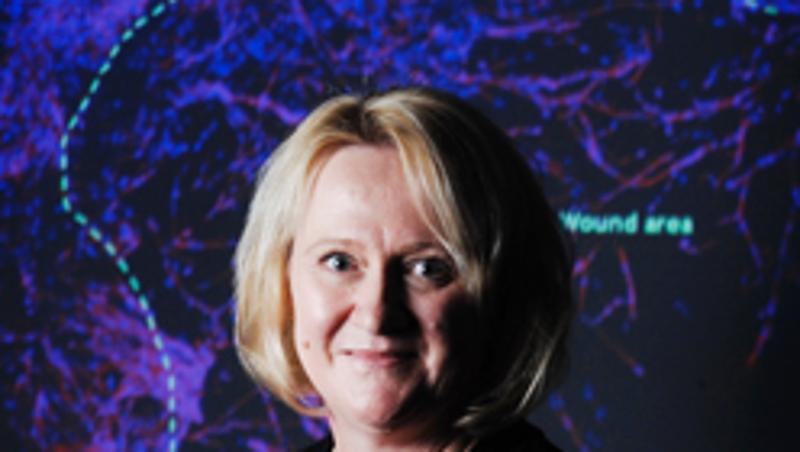 A wound-healing invention developed at the Queensland University of Technology (QUT) has produced remarkable results in an international human trial.

The multi-centre study of VitroGro® found 92 per cent of the patients taking part in the trial were partially or completely healed in 12 weeks.

The average treatment time that patients' venous ulcers had not responded to expert care before VitroGro® treatment was 37 months.

VitroGro® is a liquid that is applied using a needle-less syringe and is dribbled over the wound. The protein in the liquid is extremely sticky and so very quickly adheres to the wound bed, offering a revolutionary new treatment.

The invention could prove to be a massive boost for sufferers of chronic wounds - many of them diabetic - who often have limbs amputated as a result of wounds that won't heal.

The clinical trial - led by the world-renowned Cardiff University Wound Healing Clinic in conjunction with the QUT Wound Clinic in Brisbane - evaluated VitroGro® in the treatment of venous leg ulcer patients who had not responded to compression therapy, which is the current standard of care.

Out of a total of 53 patients recruited for the study, 24 patients have been evaluated so far. Eight patients' ulcers have completely healed and two have achieved more than 98 per cent healing.

The average reduction in wound size was 65 per cent, with no adverse events related to VitroGro® reported.

"We're very excited by these results as it's a new formulation, which is going to be extremely cost effective to the consumer," said Professor Zee Upton from QUT's Institute of Health and Biomedical Innovation who is also the technical founder and consulting Chief Scientific Officer for Tissue Therapies Limited - a biotechnology company developing VitroGro®.

"For conditions like venous ulcers where the biology of healing is aberrant, VitroGro® provides critical adhesion for cells by forming a scaffold they can attach to and migrate upon. It creates a favourable environment for healing and this is something that has been missing from conventional wound care."

The preliminary data confirms the results of earlier Australian and Canadian human trials by showing VitroGro® restarts or accelerates healing of chronic venous ulcers that don't respond to expert care, reducing the ulcer size as well as improving wound characteristics and reducing pain.

"Patients have also reported that their pain has improved, which is important as these wounds are often quite painful and people in the trials have been living with them for years - in one case, 30 years," Professor Upton said.

"Nurses have also been impressed by the visible and consistent performance of VitroGro®, particularly the visible and quick improvement seen in challenging cases combined with ease of use and pain reduction.

"These wounds are painful and debilitating, resulting in extreme reductions in the quality-of-life of sufferers across months, years and potentially decades.

"For many patients living with chronic non-healing wounds, amputation of an affected limb is the only option."

The results position VitroGro® well for approval and planned first sales in Australia and Europe in the second quarter of 2012.

Trials are also expected to commence in the United States early next year.