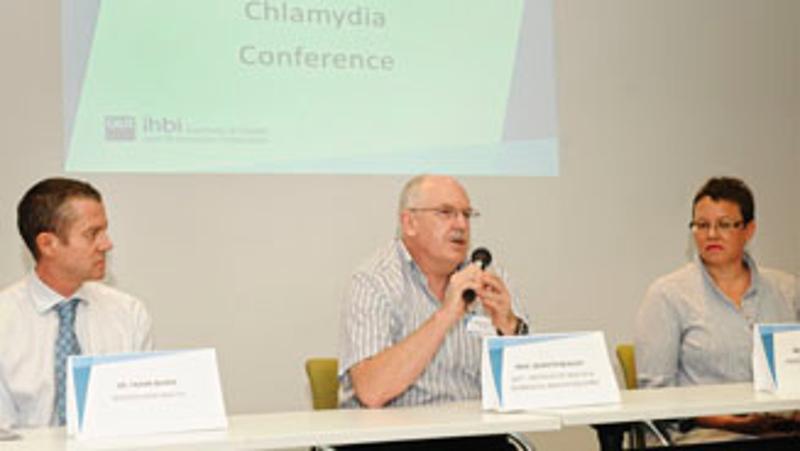 The safe-sex message is failing to get through to young people, prompting Queensland University of Technology (QUT) health experts to warn teens a night of unprotected passion can have life-changing consequences when it comes to starting a family.

The warning comes as carefree teens celebrate Schoolies Week and researchers from across the globe attend the 2010 Australian Chlamydia Conference being held at QUT over the next two days (November 24-25).

Dr Willa Huston, from QUT's Institute for Health and Biomedical Innovation, said chlamydia was often referred to as a silent, symptomless sexually transmitted disease as many women did not know they had it until they tried to have children.

"We know that not every woman who gets chlamydia becomes infertile but for many women chlamydia infection damages the tissue in the fallopian tubes, causing infertility," she said.

"Queensland Health statistics show that Queensland is experiencing the highest number of notified chlamydia cases of men and women in Australia, with 15,159 new cases already diagnosed in 2010 to the end of October.

"What is concerning is that youths (15-24 years) have the highest rates of chlamydia infection.

"We are already seeing that one in five couples is having trouble conceiving, and for 20 per cent of these it is because of chlamydia. So we would expect infertility will increase significantly in the future as more young men and women contract the disease."

Dr Huston is among a line-up of world-respected speakers who will present their research at the 2010 Australian Chlamydia Conference in Brisbane.

"My work is looking at developing a simple blood test to predict which women are at risk of infertility from chlamydia," she said.

"I am looking for immunological markers in the blood which indicate the person has had chlamydia and within that, more specific markers which show they are at risk of infertility."

Dr Huston said the aim of her research was to develop a simple blood test that could become a routine part of an annual consultation or when blood is tested for other problems.

QUT Professor Ken Beagley, who is working to develop a chlamydia vaccine, warned that chlamydia was not a disease which just affected women, saying men were also at risk.

"Three-quarters of women and half of men don't know they have chlamydia because they have no symptoms. This is why it is important for people to be tested regularly," he said.

Professor Beagley said QUT researchers were making significant headway in the development of a chlamydia vaccine for men and women.

He said vaccinating both sexes would statistically have a greater impact on reducing the spread of the disease.

"At the moment we are testing the vaccine in mouse and guinea pig models, but we are working to begin testing in India on primates.

"This would be the final step before undertaking human trials."

The conference coincides with the launch of the International Chlamydia Research Alliance Project, which is a joint collaboration between QUT, Queensland Health and other leading research institutions from Australia, Canada and India, and the pharmaceutical industry.