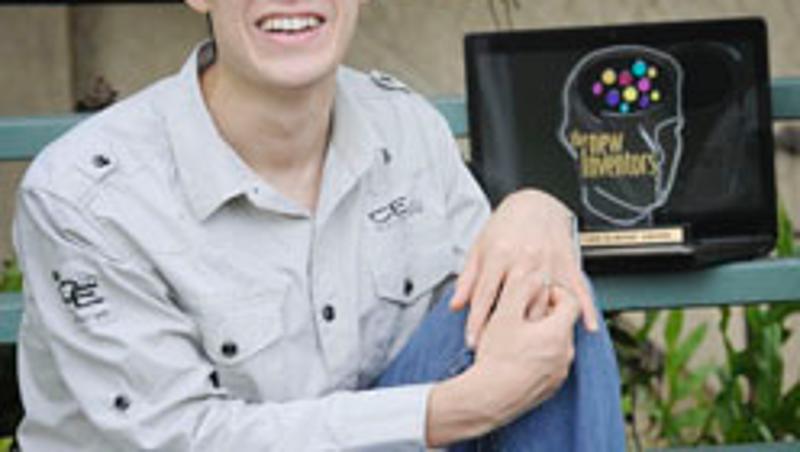 For many blind people, computers are inaccessible. It can cost upwards of $1000 to purchase "screen reader" software, but two blind computer programmers have solved this problem.

Queensland University of Technology (QUT) graduate James Teh and business partner Michael Curran developed a free, open-source program, called NVDA (NonVisual Desktop Access), which provides a synthetic voice to read the words on a computer screen as the cursor moves over them.

The invention won the blind duo accolades in the grand final program of the ABC's iconic New Inventors, which aired on September 23. They took home the "Les* is More" award, for an invention that "might make a real difference to people's lives or the environment."

"A sighted person takes for granted that they can sit down at any computer and use it," Mr Teh said.

"We really are in the information age - everything is online these days. So access to computers for the blind and vision impaired is incredibly important, which is why we wanted our software to be free."

Mr Teh, who majored in software engineering at QUT, said blind students typically didn't have the funds to purchase screen reader technology, at the time in their life when they most needed it. Now NVDA could be downloaded on to anyone's personal computer free of charge.

"It can also be copied to a USB stick, which can be used on any PC at school or university, with no installation required," he said.

Mr Teh knows firsthand the obstacles that blind students face. Studying a Bachelor of Information Technology, many teaching materials involved visual diagrams. His studies were made a lot easier by QUT teachers including computer science lecturer Malcolm Corney, who prepared detailed descriptions of diagrams prior to lectures.

"Sometimes he would sit with me for up to an hour explaining visual materials," said Mr Teh.

Mr Teh and Mr Curran have drawn on their own experience as blind computer users to develop a product which has some unique and innovative features. For example, as the mouse moves up and down the screen, a small beeping sound becomes higher and lower in pitch to let you know where the cursor is located.

NVDA has been translated into 27 languages, thanks to volunteer translators.

To date, there have been over 50,000 downloads. With the number of blind and low vision Australians expected to double to 600,000 in ten years' time (according to Vision Australia), NVDA has the potential to impact a significant number of lives.

"After our initial appearance on the New Inventors in March, we have definitely had more organisations and users interested in our product," Mr Teh said.

"It was amazing to think we were selected from the five finalists to win. We are very happy, proud and honoured."

Mr Teh and Mr Curran have been working on the project since 2006. They worked on their product without remuneration for two years. When Mozilla offered some funding in 2008, Mr Teh was able to quit his day job and work full-time developing NVDA.

Mr Teh and Mr Curran have plenty of future plans, including touch screen options for the blind and vision impaired. While keen to maintain the independence and integrity of their products, the pair's continued success may depend on the availability of further funding.

NVDA can be downloaded from http://www.nvda-project.org/

* The "Les is More" award is named after the late Les Miller, a former judge on the ABC's New Inventors.