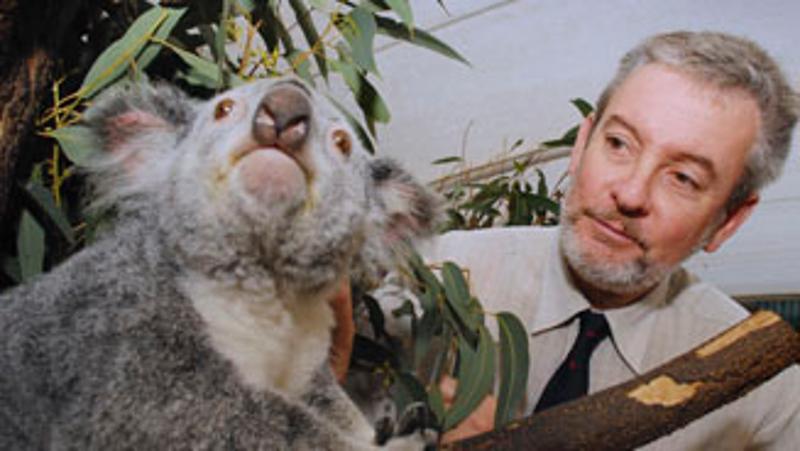 Australians have been urged to help the country's iconic koalas by supporting Queensland University of Technology research into the killer koala disease, chlamydia, which has claimed the life of Victorian bushfire survivor, Sam the koala.

Professor Peter Timms from QUT said up to half of Queensland and New South Wales's koalas were believed to have chlamydia - a statistic likely to be repeated across the nation.

The koala population's vulnerability to the disease has been put in the spotlight by the recent chlamydia death of Sam - the koala who became a symbol of the bushfires after she was photographed taking a drink from a firefighter's water bottle.

QUT's Institute of Health and Biomedical Innovation (IHBI) is developing a vaccine against chlamydia, which is currently being trialed on koalas, but Professor Timms said more funding was needed to continue the research.

He said chlamydia was a major threat to the continued survival of koalas with almost all populations affected by the disease.

"The numbers of koalas with chlamydia seems to be increasing," Professor Timms said.

"As many as 40 to 50 per cent of koalas coming into care in both Queensland and New South Wales are showing clinical signs of the disease and it seems to be getting worse."

Chlamydia in koalas is a significant cause of infertility, urinary tract infections and inflammation in the lining of the eye which often leads to blindness.

People interested in donating to QUT's chlamydia vaccine research at the institute can visit www.ihbi.qut.com/youcanhelp and click on the "donate now" red button.

The research also has benefits for humans, with chlamydia being the major cause of infertility in women.

"By studying chlamydial disease in koalas, as well as in humans, we hope to understand how this tiny bug can cause so many nasty diseases and how to develop a vaccine for use in humans," Professor Timms said.