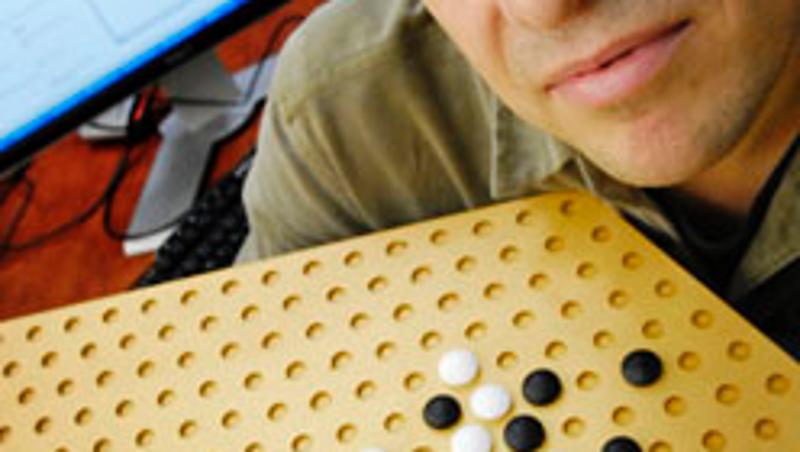 Groundbreaking artificial intelligence research at QUT has produced a computer program that invents highly absorbing, brain-stretching games that can be played across the board or online between people in different countries.

The program, called Ludi, takes the component rules of board games like chess, draughts and tic-tac-toe, and evolves them to "spit out" new games which it then measures for their potential to engross players, PhD candidate Cameron Browne said.

Mr Browne's thesis, which one examiner predicted would "still be cited as a seminal contribution and standard reference 50 years from now", details the development of a computer program which displays both creativity and intelligence.

"Ludi demonstrates computer creativity in a new artistic field, and is the first program to automatically generate games and then judge which ones might be most enjoyable for players," he said.

"A high-quality game is one that people want to play again and again. Normally it takes years to know which games are going to endure and become classics, but Ludi can quickly detect if a game is likely to interest human players."

Mr Browne said Ludi represented a new direction for combinatorial games research, as the traditional focus of this field has been on producing computer players that can compete with - or even beat - the best human players, rather than on the quality of the games themselves.

He said the best game created by Ludi so far (which the program named Yavalath) has all the elements of a high-quality game, and has been given the thumbs up by an international group of serious gamers.

Yavalath's rules are simple: win by placing four counters in a row, but lose if you place three in a row before that.

"Yavalath requires considerable forward planning by players, who must lay traps for the opponent and anticipate their replies. It's a competition between two minds that can be played by children and adults alike."

Mr Browne said Yavalath, whether played on a board or on computer, would give the brain a good work-out.

"The good thing about these new games is that many of them require novel and innovative strategies to be played well. Players are therefore often surprised at situations that emerge during play, which keeps the games interesting."

To find the qualities of a good game, Mr Browne surveyed more than 100 people to rank 79 games, then analysed those games to determine key characteristics.

"The games that this survey group liked most tended to end within a reasonable number of moves but - more importantly - feature a high degree of uncertainty, so that neither player is sure who's going to win until the end.

"The survey group also preferred games in which killer moves, such as capturing a queen in chess, could not be immediately refuted by the opponent, leading to stable games rather than ones with constantly fluctuating lead changes."