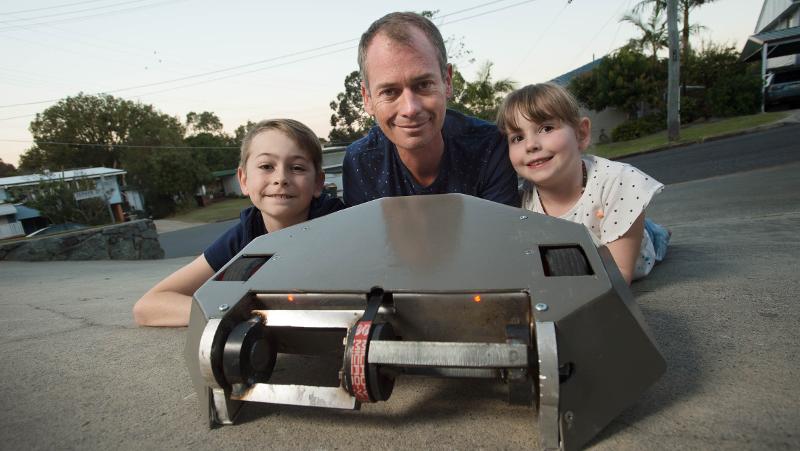 By day, he’s a mild-mannered commercial builder. But by night – and this weekend at QUT’s Robotronica – Steve Parker is the master of a robot warrior.

The Aspley dad has spent the past four months building a robot named “Insanity” for the 2017 Australian Robowars Championship, which is being hosted by QUT in Brisbane.

The finals on Sunday are expected to be one of the most popular drawcards of Robotronica, which is Australia’s biggest one-day robotics festival.

Robowars pits small – but brutal – battle bots against each other in a survival-of-the-toughest competition that involves some of the country’s best backyard engineers.

You don’t need to an IT degree to build these radio-controlled robots, but these inventors have some serious mechatronic skills.

Australian Robowars Championship organiser Steven Martin has been building combat robots for 15 years and also works as a research engineer at the QUT-based Australian Centre for Robotic Vision.

“But developing the mechanical capability of robots is very important – robots need to be able to move effectively and do things like grip objects. Being able to create robots that are faster, lighter and stronger is a key challenge for all roboticists, including us.”

Forty robots will contest this weekend’s Robowars at Robotronica, and their creators will need to think on the fly and repair their robots as the battle rounds progress.

The rounds are a familiar concept for fans of popular TV shows around the world, including the USA’s BattleBotsand the UK’s Robot Wars.

Steve Parker and his building buddy Daniel Mason, of Tanah Merah, have entered Robowars together under the name Team Insanity.“You spend all this time building your bot and then you smash it and it goes in the bin,” Steve said. 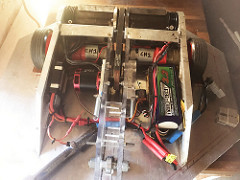 “But it’s been built to be smashed and hopefully it can do a bit of damage to another bot before we go down.  If we ‘die’ in the first round without doing any damage I’ll be a bit disappointed though!

“I enjoy the designing and building and testing it, as much as the idea of competing though.”

Steve is a relative late-comer to robot building – Insanity is actually his first project.

The robot was ‘born’ after Steve and his kids – Oliver, 9, and Sophie, 7 – got into watching BattleBots on TV earlier this year.

Steve and Oliver are also building a second mini-bot together as a great STEM-based family activity.

“I watched the last American series on TV and I fell in love with it,” Steve said. “I thought: I love this, I’m going to build a robot and compete. I love creating something from nothing – I’ll do anything and give anything a go.” 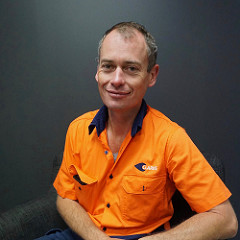 He’s also had some helpful advice from the Ipswich Robotics Sports Group, which he recently joined. The group is made up of fellow combat robot designers and holds regular building seminars. 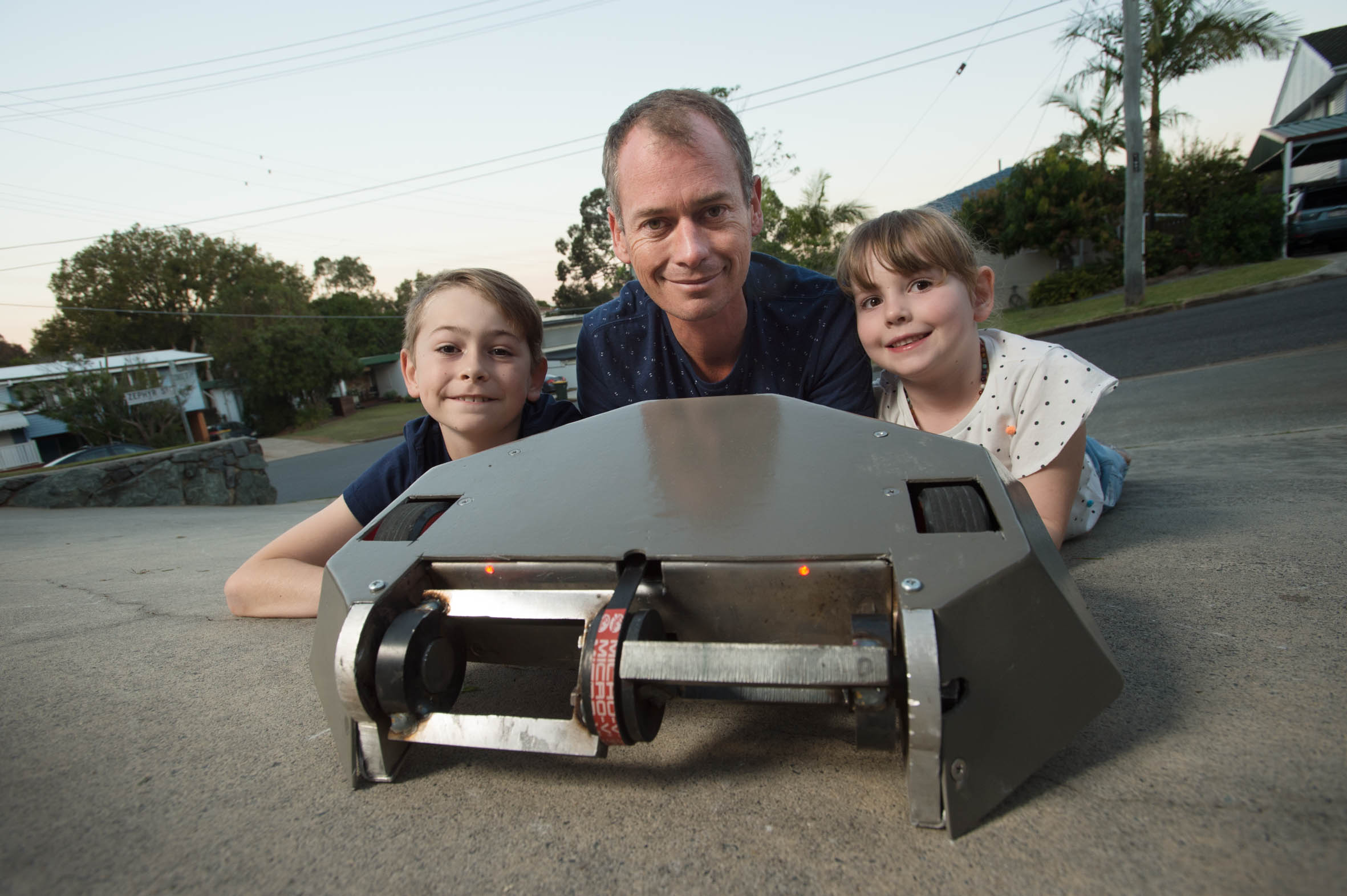 Steve Parker with his children Oliver and Sophie and 'Insanity' his robot being entered in Robowars at Robotronica, QUT.

Steve’s bot looks a bit like one of those new robot vacuum cleaners – but does a lot more damage.It stands just 9cm high, stretches 47cm across and is powered by an engine that revs twice as fast (15,000rpm) as a regular car engine can.

“It’s a ‘drum spinner’ combat robot - it’s got a round drum on the front that spins – that’s its main weapon – and then the back has a wedge to get underneath other bots to control the fight,” Steve said.

“I did multiple drawings and picked the best bits from the best bots on the TV series.  You have to do it in a way that’s light, durable and strong all at the same time. At the last weigh-in it was 13kg, so I’m under weight.” (The featherweights category has a limit of 13.6kg).

For Team Insanity, the Robowars Championship has turned into a race against time.

The robot is almost ready – but faces a last-minute hiccup.

“I actually had a little boo boo with it this week during a test run in a local supermarket carpark,” Steve said.

“I damaged the main weapon and engine but I’m going to do my best to fix it the next few days.

“We’ll be at Robotronica and Robowars one way or the other.  I’ve already got tickets for the family … If I’m not competing I’ll be in the corner crying.”