Back to the future: Retro robots to roam QUT’s Robotronica He was a hit in the ‘70s and he promises to be just as popular when he joins the Robotronica party at QUT’s Gardens Point on Sunday August 20. 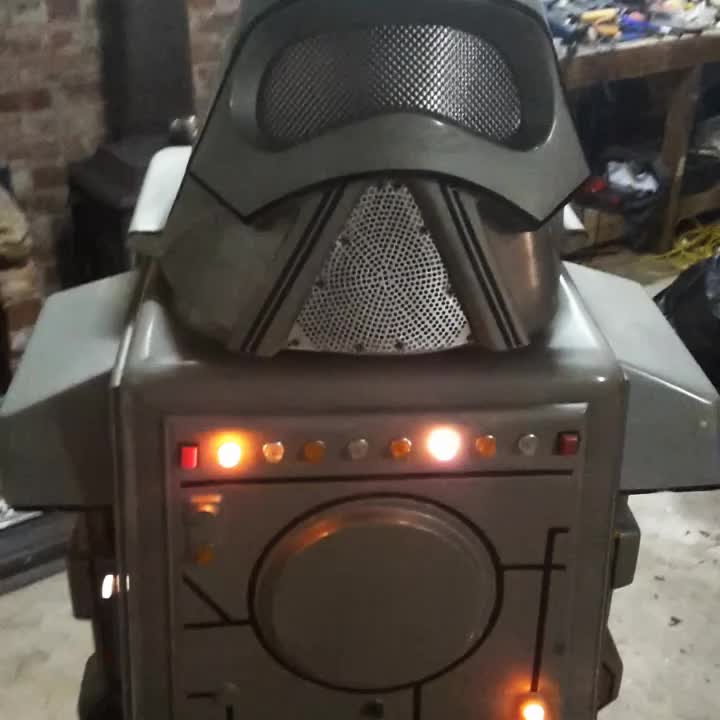 “At a time where robots were relegated to research labs, the 1970s saw the evolution of the partybot - a glimpse of futuristic living,” he said.

“They were hugely popular at their time, and although their abilities were limited, they held the promise of a world where humans and robots lived together in harmony. They presented a vision of a future, where we could be served and entertained by robots,” Mr Stevens said.

d is on loan to Cake Industries for Robotronica.

“We have retrofitted Mr Partybot with modern technology to make him work again - the kind of technology that we dreamt we had when he was popular. He has been reborn to roam around spreading the party wherever he goes.”

Regional Victorian-based Cake Industries will present a number of works and attractions at Australia’s largest one day robotics festival, Robotronica, which runs from 9am-4pm August 20 at QUT’s Gardens Point campus.

A collection of their most recent works will also been on display at QUT Art Museum in the exhibition Machination, running from 20 August to 29 October.

“What we do is probably a departure from other robotic presentations that often focus on the future of robotics,” Mr Petersen said.

“I guess you could say we are looking back to a future, through retro-futurism.”

“Robots have been here for arguably over hundred years and with some of these works we are going back in time to turn our futuristic dreams into reality.”

As part of their entourage, Cake Industries will bring with them five exhibits/roaming installations including “Crate Expectations”, “Scenic”, “Super Box World”, “Destination Robots 1987” and “Mr Partybot 1977”.

“We enjoy exposing the inner workings of things, embracing the beauty of raw mechanisms, and physically remixing the world around us into visually distorted forms,” Mr Petersen said.

What you will see at Robotronica:

Crate Expectations: On the surface it appears to be a stack of vintage packing crates but each holds unexpected miniature theatres that emerge for audiences gathered as it roams around the festival. Expect the unexpected in this abstract cabinet of curiosities.

Super Box World: A robotic box world offering an unique creative mechatronics experience for kids. Enter a cardboard world, where boxes move and wobble and where children are encouraged to be part of the creative process. Everything is made for and by the children. This interactive world is more than a crafting experience, it’s an alternate reality.

Destination Robots 1987: From the 80s era of robots comes this display sure to reignite childhood memories. Robots were the toy that kids dreamed of owning, but often didn’t live up to very high expectations. This collection features the very height of toy robots, which were the Tomy Onmibot, originally produced between 1984-88.