QUT’s commercialisation arm, bluebox, has signed an agreement with multinational healthcare company MDxHealth to evaluate and develop a saliva-based test for the early detection of oral cancer.

Oral cancer has a significant global incidence with over 1,500 cases diagnosed annually in Australia and over 20,000 in the USA. Early detection is key to survival, but noticeable symptoms appear at a more advanced stage when there is a less favourable prognosis.

The test is expected to facilitate much earlier detection of oral cancer by a variety of specialities including general practitioners, oncologists and dentists.

“After collecting a simple non-invasive saliva swab, samples will be sent to a lab or tested on site to determine if a patient requires further investigation,” said Professor Punyadeera.

“The test has the potential to detect early precancerous lesions which will be key to improving overall survival.”

The test investigates abnormal DNA methylation changes in saliva as a proxy to early tumour events.

Methylation of DNA is one way that cells regulate gene activity and abnormal methylation indicates a patient may have a higher risk of cancer.

“This remarkable and very clever piece of research by Queensland has the potential to save thousands of lives globally,” said Queensland Premier, Anastacia Palaszczuk.

Minister for Innovation, Science and the Digital Economy, Leeanne Enoch, who is leading a Queensland delegation of business and research leaders to BIO2017 with the Premier, said the agreement with MDxHealth could ultimately see the test commercialised globally, with proceeds going back to Australia to support further research and translational activities at QUT.

“We have this enormous capability in Queensland, evidenced by the talent of our researchers and the strength of our scientific infrastructure. As a government, we see the potential for life sciences to be a great industry for Queensland, and this is why we’re at BIO, to showcase what we have in Queensland to the world,” Ms Enoch said.

“And this agreement by QUT just goes to show that we are making our mark globally.”

MDxHealth is a growing multinational healthcare company with methylation diagnostics for prostate, bladder and other urologic cancers. 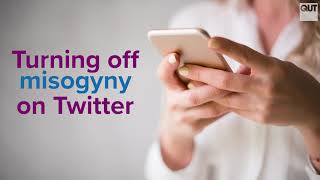