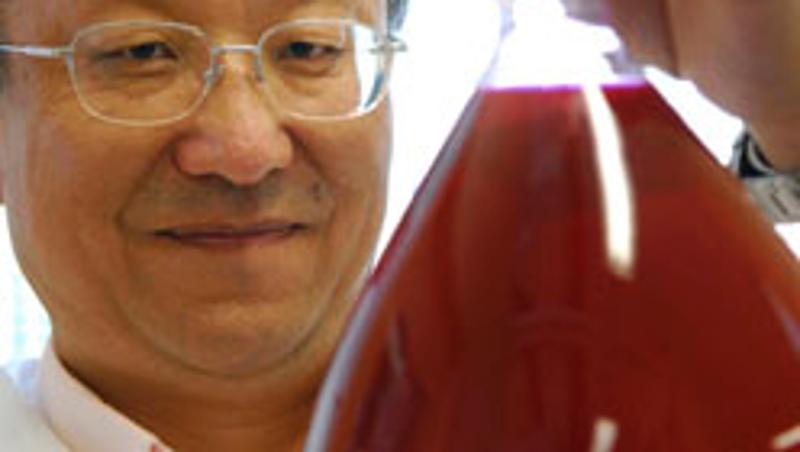 HIV may one day be able to be filtered from human blood saving the lives of millions of people, thanks to a world-first innovation by Queensland University of Technology scientists.

QUT scientists have developed specially designed ceramic membranes for nanofiltration, which are so advanced they have the potential to remove viruses from water, air and blood.

Associate Professor Huaiyong Zhu, from QUT's School of Physical and Chemical Sciences, is leading the development of these membranes, also known as nano-mesh, and said preliminary research had proved it successful in removing viruses from water.

Nanofiltration is the filtration of minute particles using a filter with extremely small pores.

"If we can remove compounds from liquids and viruses from water, then there may also be potential to remove HIV from blood," Dr Zhu said.

He said another failing of current membranes was they often formed pin-holes and cracks during the fabrication process, resulting in wasted membranes.

"It is scientifically known that a mesh structure is the most efficient form of filtration and we are the first group to successfully construct such a structure on a nanometre scale with ceramic fibres.

"This modification has increased the rates of flow that pass through the membranes by at least ten times compared with current ceramic membranes, while maintaining the efficiency of capturing over 96 per cent of the unwanted particles."

Dr Zhu said the membranes, which have been patented by QUT, were not solely restricted to blood filtration and could also be used to filter water and air.

"For example this technology could be used to filter airborne viruses such as the Severe Acute Respiratory Syndrome (SARS) and the avian flu virus, both of which are currently a major concern to the international community."

He said because the membrane was designed to permit a large flux or flow, it could also be used for water treatment, as well as within the pharmaceutical and food industries.

Another benefit of the technology is that the alumina and titania nanofibres are made from compounds produced in abundance in Australia.

"It's literally home-grown technology," he said.

"Titania is a compound found in beach sand and alumina is an intermediate product of aluminium which is the third most abundant element in the earth's crust.

"Australia is the largest producer of alumina and titania in the world meaning we can make nano-mesh relatively easily and cheaply."

But Dr Zhu said the future of nano-mesh relied on attracting an industry partner interested in developing the technology into a commercial product.

"We have proven the technology works, so the initial research has been done," he said.

"We now need a partner to come on board and help us develop this technology into a product that has the potential to save the lives of people with HIV."