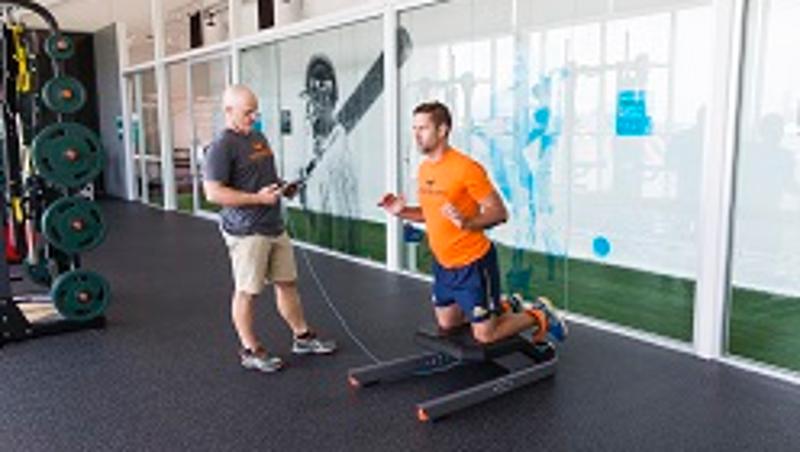 AFL players who quickly increase the amount they run at high-speed are at greater risk of hamstring injuries, QUT research has found.

The study used GPS data to track how much footballers from the Gold Coast SUNS ran at high-speed in training and matches over the 2013 and 2014 seasons. It revealed players who rapidly increased the amount of high-speed running above their 2-year average increased their risk of hamstring injury.

“A hamstring strain is one of the most common injuries in AFL and this is the first study to investigate relationships between them and athlete running distances,” Mr Duhig, who is also Gold Coast SUNS Academy High Performance Manager, said.

“We found players who ran significantly more than their average in the four weeks prior to injury had a greater risk of hamstring injury strain than players who remained on their usual workload.

“The final week of the four-week period leading up to the injury was crucial in determining the risk of injury. This should serve as a warning to players and coaches that sudden unaccustomed increases in high-speed running loads can quickly put players out of action.”

The researchers documented each player’s hamstring injuries and worked out average running distances for each session over the two years they were monitored. When comparing between injured and uninjured players in the four weeks preceding each injury, they found higher than typical high-speed running sessions were more likely to lead to hamstring injuries.

Dr Shield said the findings were further evidence against rushing players back from injury.

“After injury, for a player to suddenly return to the level of others in the group is a potential problem,” he said.

“So the best advice is to gradually build up high-speed running on return from injury.”

Mr Duhig said it was interesting to find players with less experience were more at risk than veterans.

“There are a few reasons that could explain this. It may be older players are monitored more closely, or perhaps they have built up resilience against the high training loads they are exposed to and therefore able to cope,” he said.