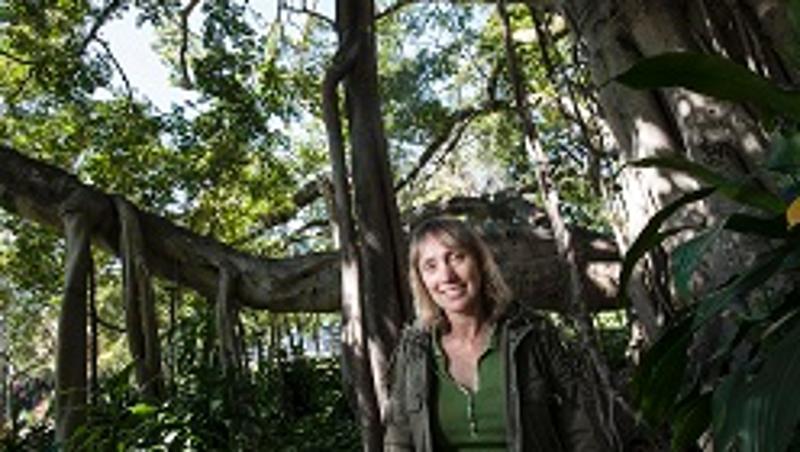 QUT has awarded the title of Distinguished Professor to mathematical and statistical scientist Professor Kerrie Mengersen, who is highly respected for her world-leading research.

“Distinguished Professor Mengersen is a national and international leader in her discipline, recognised extensively for her applied research work which has had a significant impact on science in different domains,” QUT Vice-Chancellor Professor Peter Coaldrake said.

“She is held in the highest esteem by her peers for her leadership of large research teams and her work has inspired others and influenced colleagues across the world.

“The title of Distinguished Professor recognises accomplishments at the highest level. It recognises not only past eminence but potential for ongoing excellence.”

On the same day that Distinguished Professor Mengersen’s title was announced by QUT, the Statistical Society of Australia awarded her the prestigious Pitman Medal. This is the first time the Medal, which recognises outstanding achievement in the statistics discipline, has been awarded to a woman.

Her methodology has been used to map people with cancer in small communities throughout Queensland over a decade.

She has also worked to protect critically endangered cheetahs in southern Africa and orangutans in Indonesia, tapping into local knowledge and building statistical models to guide conservation efforts.

Her most recent work has further developed the management of iconic species in South Africa, Asia and South America, as well as Australia.

In 2015, Professor Mengersen was made an Australian Laureate Fellow and is currently a Deputy Director of the ARC Centre of Excellence for Mathematical and Statistical Frontiers which has one of its largest nodes at QUT.

The recommendation to award the title was made by an Assessment Committee which drew advice from external referees of international standing.