Two QUT academics – a roboticist and a film lecturer - are among 53 Australian who were last night awarded a share in the 2016 AMP Tomorrow Fund, a $1 million grants program to support individuals working on projects to benefit the community.

Arts advocate and QUT associate lecturer in film and screen Dr Ruari Elkington received $12,500 to employ a community manager and further develop his fledgling start-up Altruistix.org which aims to open up arts and cultural events to underserved audiences who struggle to find the time, information or funds to access such events.

Associate Professor Milford, who is also a Microsoft Faculty Fellow and Chief Investigator at the Australian Centre for Robotic Vision, started Maths Thrills after realising that his efforts in teaching maths were still not having an impact on those who most needed it - disengaged students.

Last year A. Prof Milford was jointly awarded the 2015 Queensland Young Tall Poppy of the Year award and $7,500 for his robotics and Math Thrills outreach activities.

Professor Milford told the AMP Foundation: "One of the greatest joys in life is bringing that light of understanding to someone's face where before there was none."

“Receiving a grant from the AMP Tomorrow Fund will act as a fantastic force multiplier – taking what has already been proven to be successful on a small scale in schools with students and teachers and scaling it up to excite and engage students from around Australia about maths and science,” he said.

His Brisbane-based social enterprise plans to work with existing ticketing systems and arts venues to allow patrons to make a small additional contribution when they purchase tickets to arts events they love. Altruistix is currently in discussion with several Brisbane arts venues on trialling the concept.

"The opportunity with Altruistix is expanding audiences for arts and culture without de-valuing those events,” he said.

“Passionate arts audiences make multiple, small contributions towards new tickets. Ticketing agencies, venues and artists get paid for those tickets. People who were unable to buy those tickets are given a chance to attend. The value chain is maintained, both in terms of audience perception and arts incomes."

Earlier this year Dr Elkington was awarded $5000 from the Lord Mayor’s Budding Entrepreneurs Program which he used to attend the 2016 Social Enterprise World Forum in Hong Kong with the aim of picking up tips on running a successful social enterprise and make valuable business connections.

AMP’s Tomorrow Fund is an initiative of the AMP Foundation, AMP’s philanthropic arm and a charitable trust established in 1992. The annual grants program supports individuals who are working hard on projects to benefit the community but need help to take it to the next level.

Each year, AMP’s Tomorrow Fund awards grants of up to $100,000 for a wide range of activities, including training, travel costs, living expenses, research or small business funding. So far, 142 grants have been awarded. 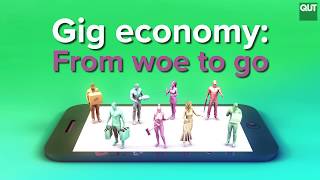 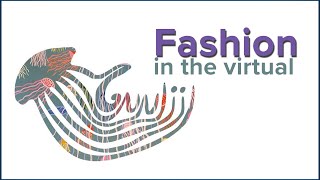