Connecting statistics in the amazon jungle 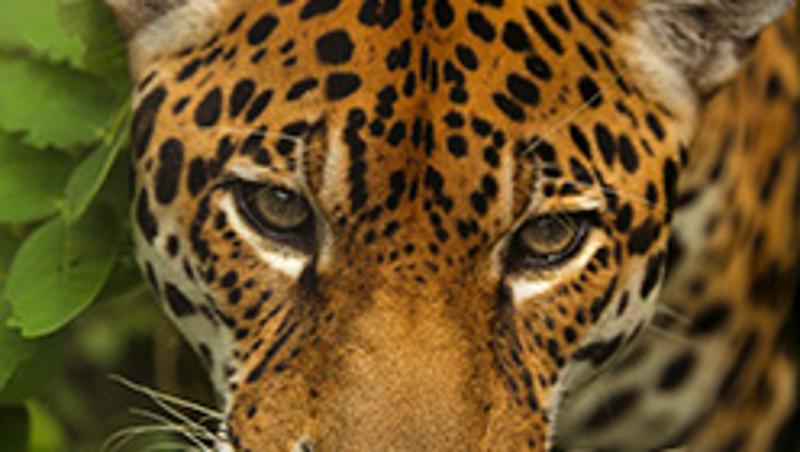 Jaguars in the wild jungles of Peru are among the most elusive and threatened species on the planet but plans for their protection and preservation are taking place a world away.

QUT researchers have pioneered a visionary project to help ensure the big cat’s survival through the use of statistics, mathematical modelling, virtual technology and knowledge from Indigenous people living in the Amazon.

The researchers have recreated the jungle in an immersive environment that can be accessed for free. You can watch virtual reality 360 video footage and the team has also created an public e-book.

Professor Kerrie Mengersen (pictured below) from QUT’s School of Mathematical Sciences led an expedition to South America that involved a small team from QUT, the ARC Centre of Excellence for Mathematical and Statistical Frontiers (ACEMS) and the Peru-based Lupunaluz Foundation to collect as much data as possible to recreate the environment in Brisbane. 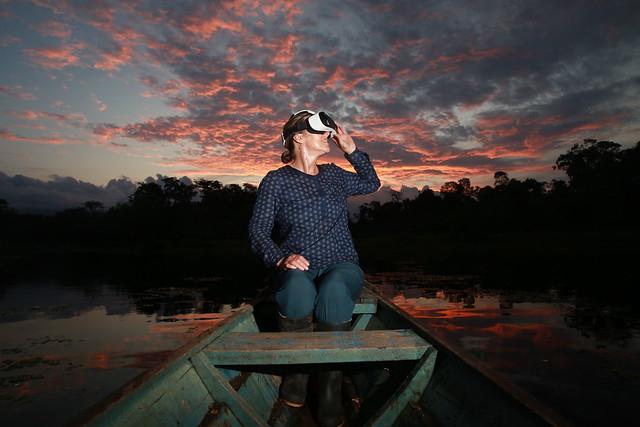 “We went into the belly of the jungle to find out as much as we could from local people and gather evidence about jaguars in this remote part of Peru,” she said.

“Learning about where jaguars live and hunt, their prey, the pressures from mining, logging and other human interaction helps us build mathematical and statistical models to make informed decisions.”

Professor Mengersen said the main goal of the project was to identify potential jaguar habitats to build the Peruvian leg of a 'jaguar corridor' across South America so the animals could safely roam, feed and breed.

"Jaguars are rarely seen and habitat suitability maps are very sketchy however the potential corridor areas are huge," she said.

"The work we are doing aims to fill the gap in the evidence for deciding which areas to preserve."

See video below of Professor Mengersen explaining the research during her field trip in the Amazon. The team captured countless photos and videos using 360-degree 3D cameras and sound recording equipment to bring back the jungle for others to see in the form of immersive virtual reality.

Ecologists use head-mounted display goggles which put them into the environment to visualise jaguars’ habitat to make informed decisions across a broad landscape.

“This is a first in using virtual reality for conservation and scientific purposes,” she said.

“We can engage with jaguar experts from around the world by essentially bringing them to the forest but at a fraction of the cost in resources and time.” 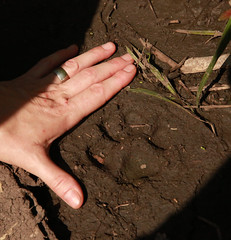 While in Peru, Professor Mengersen said it was challenging to maintain and keep the film equipment operating in a such a humid environment with no electricity and it came as little surprise the elusive creature stayed out of sight of the lenses.

“We did see a large pawprint while filming and have we have many great stories from the local people including fishermen describing the jaguars swimming past with prey,” she said.

“It’s such an exciting project to be involved in as we can combine local and expert opinion with mathematical and statistical modelling to better protect the jaguar.”

Professor of Computational Mathematics Kevin Burrage said it was a life-long dream to travel to the Amazon.

Watch a video about the expedition including Professor Burrage here.

“The effects of climate change have also become more pronounced in the last few years and this means small changes in government or national reserve policies, hunting practices and external factors such as mineral exploration can have much more lasting impacts than would otherwise be the case," he said.

"This is where statistics, mathematics and new computer technologies can be combined to give estimates of jaguar numbers under a variety of different climate change scenarios."