Road rumble strips are a wake-up call to pull over: QUT study 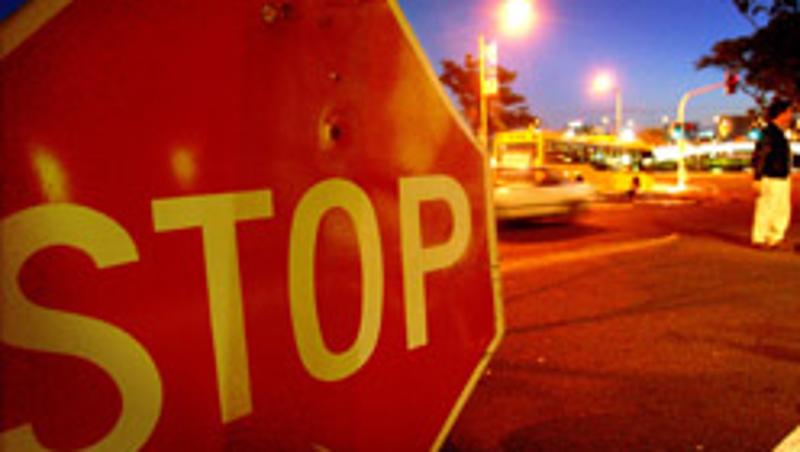 Drowsy drivers are being urged to stop and take a break the first time they hit a road rumble strip these school holidays, with new QUT research revealing the audio-tactile vibrations should be a wake-up call to pull over.

Researcher Chris Watling, from QUT’s Centre for Accident Research & Road Safety – Queensland (CARRS-Q), said an estimated 15 per cent of fatal crashes in Queensland were attributed to fatigue and rumble strips were designed to alert a sleepy or inattentive driver when they veered out of their lane.

Mr Watling, in collaboration with colleagues from the Stress Research Institute of Stockholm University and the Swedish Road and Transport Research Institute, said as part of the study, titled Do repeated rumble strip hits improve driver alertness? published in the Journal of Sleep Research, 36 drivers were observed behind the wheel for 90 minutes in a simulated driving session.

“What we found was the first rumble strip hit reduced sleepiness, but repeated hits did not increase alertness, demonstrating sleepiness levels were linked to a greater probability of hitting a rumble strip,” he said.

“The results showed that sleepy drivers on average hit the first rumble strip after 20 minutes of driving, subsequent hits occurred 10 minutes later but then dropped to every five minutes.

“This suggests that sleepiness is very resilient to even strongly arousing stimuli and increases over the duration of a drive, despite the interference caused by rumble strips.”

Mr Watling said rumble strips have previously been shown to reduce the number of crashes, with a decrease of between seven and 30 per cent following their installation on roadside shoulders and centre lines.

However, he said they were not a complete cure-all for driver sleepiness.

“It is very possible that a driver will run off the road despite the presence of rumble strips if they ignore an early rumble strip hit and decide to continue driving when highly sleepy,” he said.

“Sleepiness affects a multitude of cognitive tasks including decision-making and risk acceptance, so if a sleepy driver ignores an earlier rumble strip hit they could be prone to crashing in another manner other than running off the road.

“From a safety perspective, hitting a rumble strip should be regarded as a ‘take a break signal’, where the driver can implement more effective sleepiness countermeasures, such as napping or drinking caffeine.

“Pulling over and taking a 15-20 minute nap or drinking a double shot of coffee have been found to be the most effective ways of increasing driver alertness and reducing sleepiness.”

“It is important for the safety of all road users that all drivers, young and old, respect the impairment from sleepiness and get on the front foot so to speak, by ensuring they allow time to get their usual amount of sleep the night before a drive, planning breaks, and being aware of symptoms of sleepiness while driving,” he said.

“Our bodies tell us when we are getting sleepy – early symptoms of sleepiness include yawning often, shifting position in your chair frequently, and frequent eye blinks, whereas difficulty concentrating on driving and or keeping your eyes open are symptoms of more extreme sleepiness.

“Ideally drivers should stop driving and use a sleepiness countermeasure after noticing some of the early signs of sleepiness.

“There are a number of actions drivers can take to reduce their sleepiness, it is vitally important that drivers are encouraged to use the more effective countermeasures.”

Facts and Myths of what how to reduce drowsy driving: