Back from the ‘dead’: QUT scientists unlock secrets of Aussie ‘resurrection’ grass 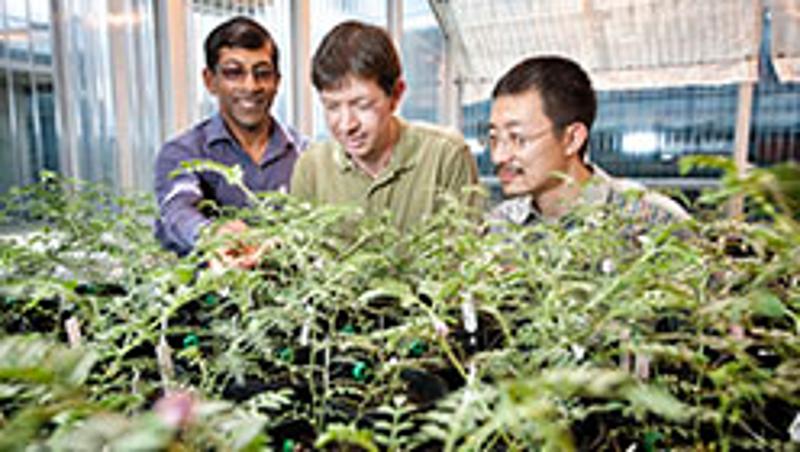 A native Australian grass that “plays dead” during droughts and selectively culls its own cells to survive could provide genetic keys to help world food crops like chickpea withstand global climate change.

QUT researchers have been studying the native grass, Tripogon loliiformis, because of its amazing ability to survive extreme environmental stresses.

Like other so-called ‘resurrection plants’, the grass has the ability to withstand desiccation (being dried out) for prolonged periods but can be revived by water. 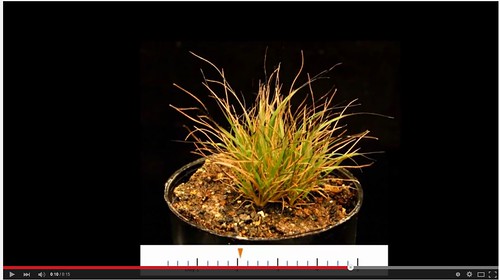 (Resurrection plant being brought back to life after receiving a small amount of water: Link to video)

But scientists have never known how these plants actually do it – or if the existing plant cells really do come alive again from a dormant state, or if its new growth is separate from the old cells.

In a paper published today (December 4, Brisbane time) in PLOS Genetics, QUT scientists Professor Sagadevan Mundree, Dr Brett Williams and their fellow researchers have proved sugar manipulation and the controlled sacrifice of cells are keys to the native grass’s survival.

Previous experiments elsewhere had found that even after losing over 95 per cent of its relative water content, the dead-looking outback Queensland grass was still alive and pre-existing tissues again flourished when provided with water.

They found the grass (when hit by drought stress) accumulate trehalose (a non-reducing sugar found in plants) which it then used to trigger autophagy – a process which allows the orderly degradation and recycling of plant cells.

Professor Mundree said autophagy was primarily a survival mechanism that allowed removal of damaged proteins and recycling of nutrients, however, prolonged stress could result in excessive autophagy and death.

“The resurrection plant controls the levels of autophagy to prevent death upon drying,” Professor Mundree said.

“Our analysis directly linked the accumulation of trehalose with the onset of autophagy in dehydrated and dried out T. loliiformis shoots.

“These findings illustrate how resurrection plants manipulate sugar metabolism to promote desiccation tolerance and may provide candidate genes that are potentially useful for the development of stress tolerant crops.”

Dr Williams said the research had implications for global food crops such as chickpea and rice.

“It’s an important step along a genetic path that we hope will lead to scientists being able to develop more robust crop varieties that can withstand the uncertainty of climate change whilst still producing maximum yields,” he said.