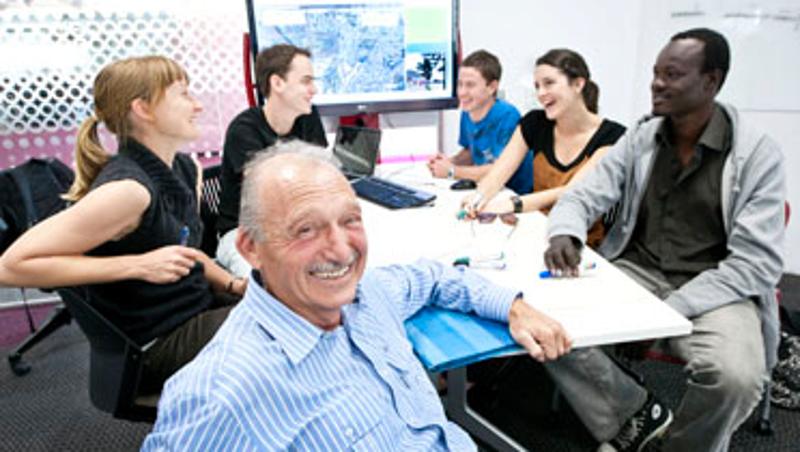 He has had a hand in literally shaping the cities and towns we live in having taught generations of urban planners over more than 30 years at QUT, and so it is fitting Associate Professor Phil Heywood has been admitted to the Hall of Fame of the Planning Institute of Australia.

His peers and his students called him a legendary figure in Australia's urban planning history in their many letters of support for his nomination.

Not surprising then, says QUT School of Civil Engineering and Built Environment Professor Douglas Baker, that Professor Heywood always taught full classes of students inspired by his infectious passion and expertise for designing environments responsive to their local communities.

"Professor Heywood has pioneered applied-based learning and practice-led teaching throughout his tenure at QUT and had his students focus on solving the real-world problems councils and communities were facing," Professor Baker said.

"His applied planning method of teaching is primarily responsible for the School's strong reputation for providing relevant and current skills to students.

"There would be few planners in Australia who wouldn't recognise the name or know of Phil Heywood."

Professor Heywood has authored more than 100 publications and presentations including his book Community Planning: Integrating Social and Physical Environments in 2011 which is used throughout the country and receives acclaim from some of the world's most well-known planners and urban designers.

Professor Heywood received the Brisbane City Council Citizen of the Year Award for dedicated community engagement and leadership in 1987. He has been a strong community advocate having served on at least 20 committees and reference groups for councils and state governments.

"Many of his research and teaching topics focus on community projects where he dedicates his time for no cost to community housing projects, housing for the homeless, and supporting communities for equity and diversity.

"He is generous and energetic - and always inspiring."

PIA CEO Kirsty Kelly was proud to see her former QUT lecturer inducted into the PIA Hall of Fame.

"Phil is a highly regarded legend in the planning fraternity in Queensland and it was just so fitting to see him recognised in this way after an amazing career," Ms Kelly said.

"There are just so many planning professionals currently enjoying a rewarding career who have come through QUT having been taught by Phil Heywood."

Having retired last year, Professor Heywood continues his connection with QUT as an adjunct professor.