Flower power may be answer to itchy problem 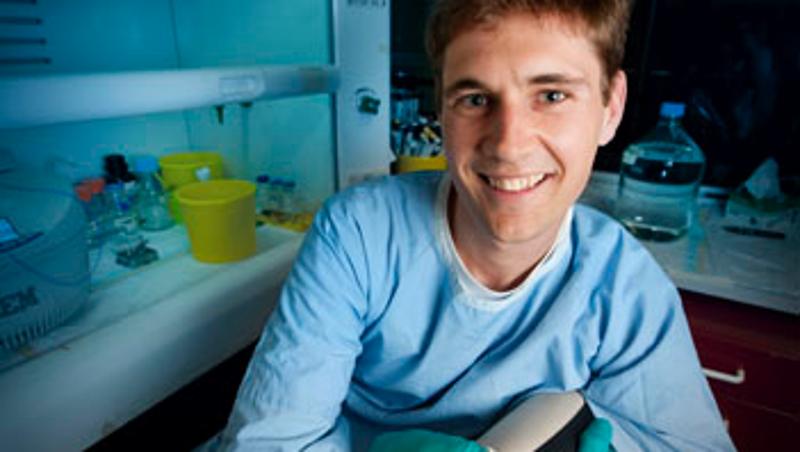 Sunflowers may hold the solution to a problem which gets under the skin of millions of Australians every year.

Skin conditions such as eczema, dermatitis, rosacea and the lesser-known Netherton Syndrome pose an itchy problem for many sufferers world-wide, but a group of researchers from Queensland University of Technology (QUT) are looking at ways to soothe the problem - with tiny proteins called peptides, found in sunflowers.

Simon de Veer, a PhD student and researcher for QUT's Institute of Health and Biomedical Innovation (IHBI) said his team was working to develop novel inhibitors for three skin proteases - enzymes which play an important role in the skin's constant regeneration.

Mr de Veer said it is these inhibitors that are the missing piece of the puzzle for sufferers of skin conditions.

"Proteases in the skin are primarily involved with shedding old cells from the skin's surface by breaking the connections which normally hold them together as part of a protective barrier," he said.

"This requires a balancing mechanism to maintain regular skin structure and thickness.

"Too much activity leaves the skin more permeable than usual, meaning it is open to allergens, infection and water loss."

The naturally occurring SFTI peptide is an effective inhibitor of a protease called trypsin, which resembles the kallikrein proteases in our skin.

"Our goal was to harness the built-in activity of SFTI and give the binding surface a bit of a facelift so it was better able to target skin proteases and help restore the skin to its original state."

Mr de Veer said the research he has been working on at QUT would be evaluated and extended upon during an eight-month fellowship with Professor Alain Hovnanian, one of the world's leading researchers in the field, at his laboratory at Hopital Necker in Paris.

"Professor Hovnanian's research team has made countless, highly significant contributions to understanding the genetic, clinical and therapeutic aspects of skin disease," he said.

"The outcomes of our experiments are likely to provide new insight into how proteases contribute to skin pathology and will potentially lead to new atopic treatments for sufferers of skin disease."