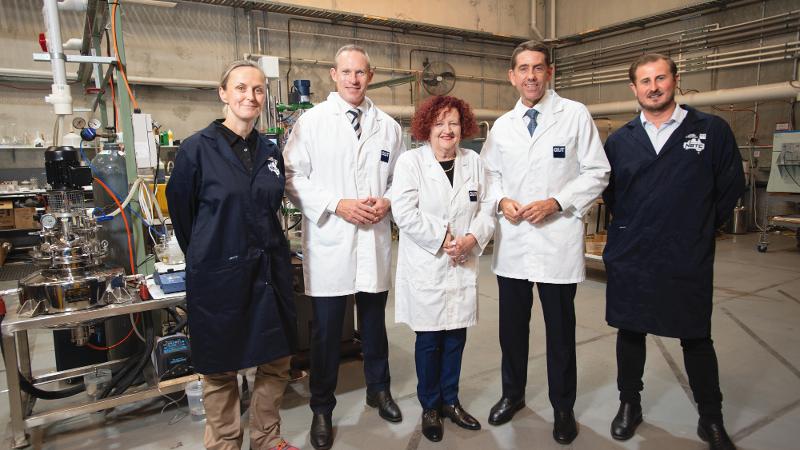 The Queensland Government will boost Queensland’s place in the energy storage revolution through a $15 million investment to scale up the National Battery Testing Centre (NBTC), based in Banyo on Brisbane’s northside.

Treasurer and Minister for Trade and Investment Cameron Dick said the NBTC, established by the Future Battery Industries Cooperative Research Centre in collaboration with QUT and industry participants in 2020, tests multiple types and sizes of battery systems in real-world conditions and will be an essential part of ramping up battery manufacturing in Queensland.

“As we progress towards our 50 per cent renewable energy target by 2030, we want to ensure Queenslanders benefit from the thousands of jobs that will be created in the batteries sector as part of the global transition to a low carbon future.

“This investment underlines that the state has a strong role to play in battery supply chains both domestically and globally.

“The development of a responsible battery industry is paramount to Australia’s carbon-reduction efforts.”

The Treasurer said investing to expand the NBTC would also strengthen Queensland’s skills development and training.

“The NBTC is already working with QUT’s School of Chemistry and Physics to offer industry-relevant projects for undergraduate students, as well as consulting on the redesign of QUT’s Bachelor of Science to strengthen the course’s links to industry and future clean energy practices,” he said.

QUT Vice-Chancellor Professor Margaret Sheil said the significant funding announcement was another step forward, at QUT continued in its focus in promoting sustainability.

“The Banyo Pilot Plant Precinct, which includes the NBTC, is the first QUT research facility to be powered by renewable energy,” Professor Sheil said.

“Expanding the Centre will enable Queensland and Australia to play a greater role in the battery value chain, from mining and manufacturing to final use.”

The NBTC was established in 2020 through funding from the Future Battery Industries CRC, builds upon over 6 years of co-investment from State and Federal governments, industry and the Queensland University of Technology.

“We test, validate and optimise all of the new battery types that are going to be made in Australia, and coming into Australia from overseas, as demand for batteries increases over the next decade,” said Dr Watts.

“By providing a greater range of battery testing and certification services, we can move closer to the end goal of Australian manufacturers using Australian resources to make batteries in Australia, and the more in Queensland the better.”

The $15 million investment in the NBTC is expected to leverage up to $35 million in university and industry investment providing a total funding injection of approximately $50 million over five years.

NBTC provides validation and safety testing for all types of batteries with various chemistries, including lithium-ion, and the larger, redox flow batteries both made in Australia or internationally.

This enables the deployment of battery systems to meet Queensland’s rapidly growing large-scale energy storage requirements and puts Queensland-based battery manufacturers in the box seat to be market leaders.

Increased support for the NBTC will be one of a range of actions in the Queensland Government’s Battery Industry Strategy expected to be released later this year.

Expansion of the centre will:

The Treasurer said investing to expand the NBTC would also strengthen Queensland’s skills development and training.

“The NBTC is already working with QUT’s School of Chemistry and Physics to offer industry-relevant projects for undergraduate students, as well as consulting on the redesign of QUT’s Bachelor of Science to strengthen the course’s links to industry and future clean energy practices,” he said.