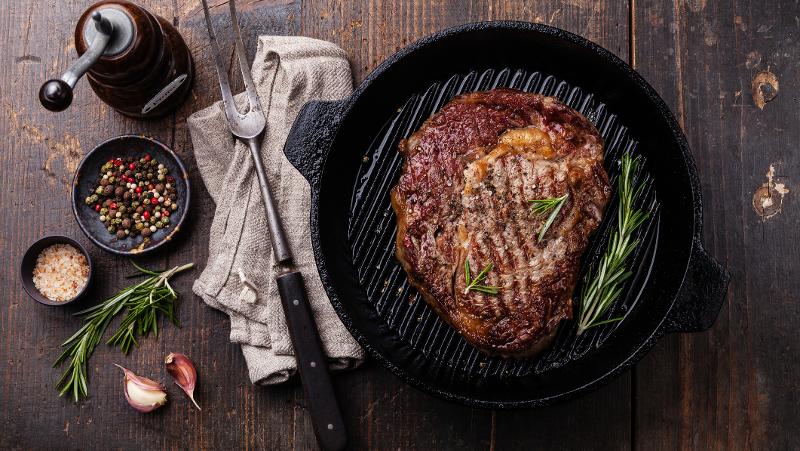 Imagine a diner in China scanning their restaurant menu with their phone and being able to watch a video about Australian beef farmers before they tuck into their prime Aussie steak.

That’s one of the scenarios that QUT researchers and South Australian school students are working towards as part of an international Food Agility CRC project.

Their mission is to create digital stories about Australian farmers and agriculture that can be shared with Chinese diners and shoppers. In doing so, they’ll add weight to a wider drive to demonstrate the authenticity of Aussie beef exports and stamp out fake steak.

A delegation of chefs and restaurant owners from China recently visited Mount Gambier in South Australia to see an Australian cattle station and feedlots and meet the Year 10 students who are putting together stories about their local farms.

The visitors were hosted by QUT and Queensland company BeefLedger, with the help of the Chef Outta Water consortium.

QUT and BeefLedger are now planning to bring the same Mount Gambier school students to Brisbane later this year to see one of the world’s best examples of using technology to share information and stories – the two-storey high interactive screens of The Cube at QUT.

The students will also meet with QUT’s data visualisation experts to brainstorm ideas on interesting ways to present data relating to the beef project.

“Ultimately, we want to share the content the students create with audiences in China to help promote the quality and authenticity of Australian beef,” he said.

“The audience might be diners in a restaurants who scan their menu or shoppers who scan QR codes on their meat.

“During the delegation's visit the students got to interview the Chinese chefs about their expectations of Australian beef. They’ve also been working with local beef producers, and visiting farms and feed lots to film and learn about digital farming (AgTech), the Internet of Things, and data analytics.

“They’re also learning about Chinese culture including food and media consumption practices such as WeChat.”

Earlier this year, the first ever shipment of Australian blockchain-credentialed beef – which was sourced from Blue Lake Station – arrived in China and was showcased at two industry dinners.  Another shipment and dinner is planned for September.