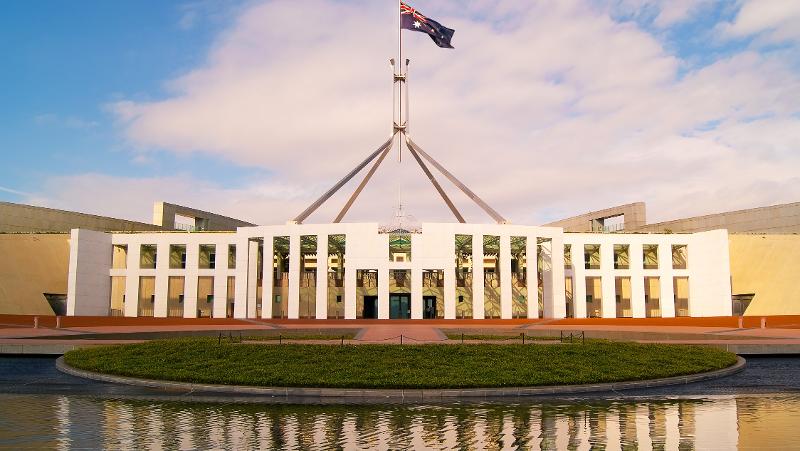 As the 2019 federal election draws to a close, the messy and sometimes acrimonious campaign has underscored that Australia’s once seemingly unassailable two-party system is increasingly under strain.

Political science Professor Clive Bean, from QUT’s Creative Industries Faculty, said the combined vote for the major parties – Labor and the Coalition - had slipped under 80 per cent in the last two elections and could go even lower this time.

However, despite the pressure and instability this places on the parliament, he doesn’t believe Australia is headed for a ‘coalition-style government’ in which several parties cooperate, as is the case for many European nations including Italy, France and Germany, and has also happened more recently in New Zealand. “The extreme strain on the two-party system is highlighted by the fact that neither major party goes into the election with a majority of seats,” Professor Bean said.

“The government, as well as the opposition, needs to gain additional seats in order to win office.

“The proliferation of viable minor parties also increases the pressure on the two-party system.”

Professor Bean said the two-party system was under threat partly from the perceived ‘sameness’ of the major parties.

“It’s a case of same, same, different, for a lot of voters. Ironically, this time there are distinct policy differences between the Coalition and Labor on a range of important issues, such as taxation, health, education, childcare and climate change,” he said. “One reason for the longevity of the two-party system (and why minor parties find it so hard to break in and maintain a presence in the system) is the ability of the major parties to adapt their appeals to voters and take over the policy ground of new political players.

“The electoral system in the lower house, where the government is formed, also makes it very hard for minor parties or independent candidates to win seats.

“In addition, compulsory voting reinforces the two-party system in Australia. People have to vote and, if in doubt, the most obvious groups to support are the established parties, if not at first, then through a second or third preference.”

Professor Bean said even if the election result is as close as predicted, minor parties and independents will still only win a small handful of seats in the House of Representatives and there remains a good chance that one of the major parties will come out with a majority.

“The most likely result in the 2019 federal election is that the two-party system will absorb the pressure being applied to it and continue into the foreseeable future,” he said.