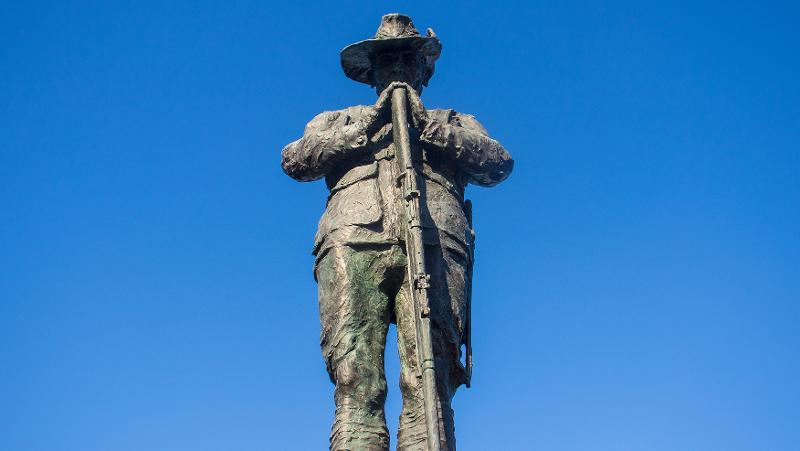 Forensic biologist Dr Wright, who has helped identify victims in the Bali bombings and Boxing Day tsunami, works with the Australian Defence Force identifying victims of current conflicts and disasters, as well as with the Unrecovered War Casualties - Army (UWC-Army) unit to identify missing soldiers from historic battles.

More than 25,000 Australian soldiers who made the ultimate sacrifice have no known grave. Thousands of those are in the Asia-Pacific area.

Dr Wright said historic cases are extremely challenging because often only a few bone fragments are found, and the remains can be highly degraded due to decades of exposure to the elements.

“This is particularly the case in the Asia-Pacific area, where in 95 to 99 per cent of cases we have only partial remains,” she said. “We often have no other forensic evidence to work from, and limited artefacts such as badges or identity tags that might provide some clues.”

Dr Wright said the first step was to determine ancestral origin. For example, on the Kokoda Track or in the jungles of Papua New Guinea, the remains found may belong to an Australian or Japanese soldier or may even be of local origin. Ensuring respectful association and likely origin is a top priority.

“The current utilised method is from modern criminal investigation case work and uses mitochondrial DNA, following maternal lineage,” she said. “However in 69 to 83 per cent of these historical cases current DNA tests can’t reliably identify ancestry.

“So using the expertise and instrumentation at QUT’s Genomics Research Centre, Andrew and Kyle have been able to develop a targeted SNP panel to identify ancestral origins of Australian and Japanese WWII soldiers. SNPs have become a commonly used genetic marker for ancestry. The panel also includes genetic variation information on hair and eye colour as an extra layer of identification.

“It’s very important to be confident with ancestral origin so that, for example, Japanese soldiers can be returned with honour to the Japanese government.

“Once we establish that we have found an Australian soldier, the UWC-A can then move to the next stage of giving the soldier back their name, and bringing closure to the family.”

Dr Wright said to test the accuracy of the new SNP panel, researchers in the team generated profiles of Australians born around World War II, and used profiles of people from Japan.

“We were pleased to get 100 per cent accuracy with the test predicting Australian and Japanese ancestry,” Dr Wright said. “Based on the population samples we also found that the SNP test identified ancestry in 79 per cent more cases than currently used DNA methods.”

Andrew Ghaiyed identified the DNA markers that would maximise success of identifying ancestry, while Kyle James conducted the data analysis and statistical validation for the SNP test.

Both have been working on this research project for three years, originally while students at Griffith University. This year they transferred to QUT.

“It has been a really rewarding project to work on,” Mr Ghaiyed said. “Testing individual DNA samples, analysing them in real time and seeing the results, and knowing this can help in that process of being able to account for missing soldiers.”

Kyle James agrees. “Being able to see the outcomes and work towards an achievable goal has been great. It’s important that there is an accurate statistical method that interprets the information and gives confidence in the results. It’s part of being able to honour soldiers and give families closure.”

Dr Wright said the team has submitted a report on the proof-of-concept findings to the Australian Army Research Centre. The next stage, she said, would be to trial the SNP panel on unresolved UWC-A cases.

“It is a multi-disciplinary approach, including a range of specialties, which allows the identification of our service members. This research is exciting progress towards continuing our work.”