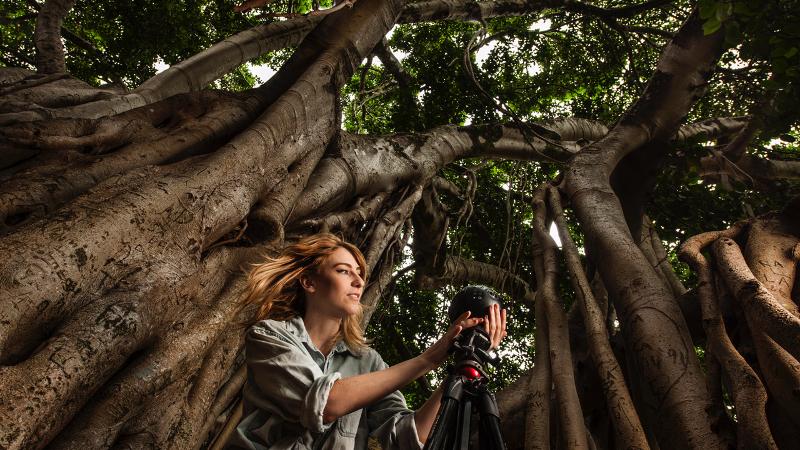 Imagine hanging out in a rainforest with orang-utans without having to leave your lounge room. Then imagine how the impact of threats to their habitat may become more real to you as a result.

Jessie is proof of the power of QUT in opening doors to international opportunity. At the end of February she will embark on a three-month adventure investigating how virtual reality (VR) story-telling, among other emerging technologies, can be powerful tools for not-for-profit organisations.

The Interactive and Visual Design graduate was named a Winston Churchill Memorial Trust Fellowship recipient for 2018 along with another QUT academic, Dr Ruari Elkington, who specialises in the growth of YouTube as entertainment. 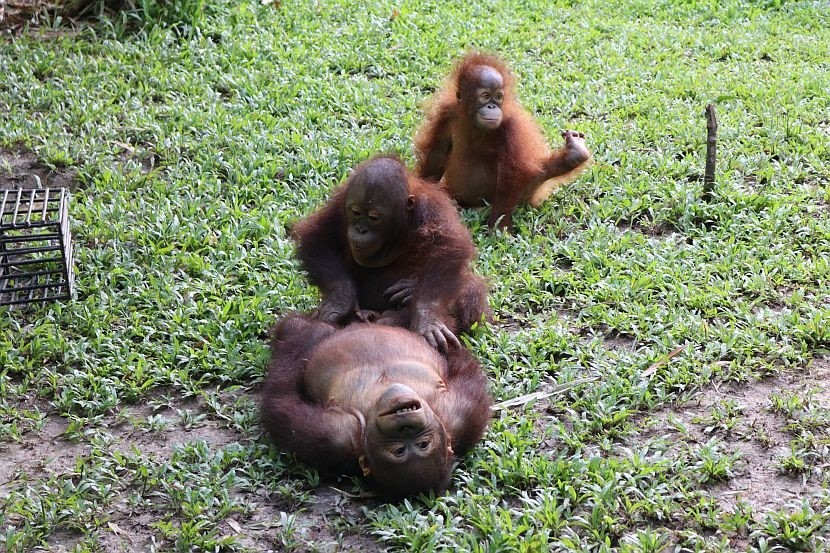 Jessie is using her Churchill Fellowship to visit locations in Canada, the USA, Switzerland and Germany.

“VR has opened a new frontier in fundraising and storytelling by immersing potential donors in worlds and situations that are often difficult to imagine or empathise with,” said Jessie who last year was also awarded a Lord Mayor’s Young and Emerging Artist Fellowship to the value of $20,000.

“With the United Nation investing in their own virtual reality program, many international and national not-for-profits are producing immersive VR experiences themselves, with some charities doubling their fundraising targets with this tool.

“I believe not-for-profits deserve to have a researched understanding of how to best approach emerging mediums as tools for social change. My findings will benefit the fundraising community by equipping not-for-profits with a guide for VR storytelling - from story structure, to production and distribution, while considering return on investment.”

Caption: watch Jessie’s 360 Video to get up close and personal with the orang-utans of Samboja Lestari Orang-utan Sanctuary, Indonesia.

Jessie, who consults QUT staff on integrating creative technology into education, said her vision would see the Australian social sector benefit from her visits to international organisations to discover the innovative approaches they are taking to fundraising and storytelling to maximise impact.

As part of her journey, Jessie will participate in SXSW’s VR Hackathon in Austin, Texas, meet with the United Nations Virtual Reality project team in New York, and attend the Sustainable Development Goals Global Festival of Action in Bonn, Germany.

“I aim to gain a holistic overview of the best practices of XR (VR/AR/MR) for impact, both through the optimal creation of the experience itself, but also in effectively displaying the piece to successfully drive donations,” she said.

“By analysing highly-acclaimed social impact VR experiences, meeting with their creators, and reviewing how they were displayed by the commissioning not-for-profits (e.g. high-end headsets at a fundraising gala, versus low-end mobile headsets for street fundraising), I intend to gain insight into what attributes contribute to the success of a VR experience’s impact.”

Her findings will then be shared via a report as well as through public speaking opportunities at industry events, such as panels, workshops and conferences. 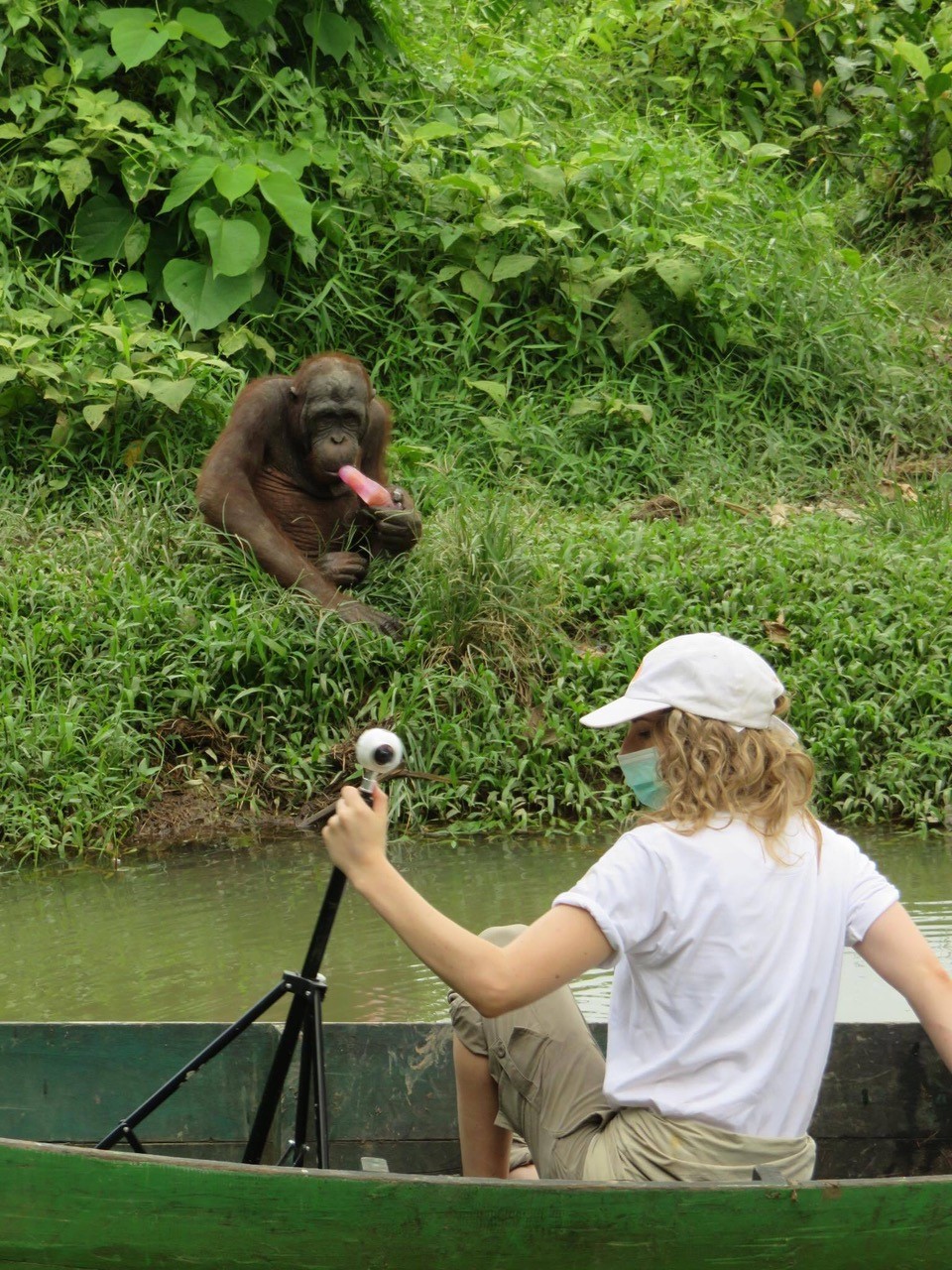 Jessie has developed innovative media works all over the world for Oculus, Adobe and others, as well as worked in the not-for-profit sector for the past five years, driving fundraising efforts for both national and international non-profits.

She has produced immersive VR experiences for a range of social causes including global energy poverty in Guatemala, orang-utan conservation efforts in Borneo, and refugee resettlement in Australia. Her VR works have been exhibited most notably at Sundance Film Festival, SXSW, and Marche Du Film Festival De Cannes in 2017.

A lecturer in Creative Industries Dr Elkington will use his to travel to the UK and US to examine programs that engage the respective skills of established YouTubers and creative industries students (‘NewTubers) in the midst of developing skills and an audience for their work, with a view to how the two can come together to learn and create.

Is Being a YouTuber a Real Job? Find out at QUT

Follow Jessie’s fellowship experience over at @qutcreativeindust (https://www.instagram.com/qutcreativeindust/?hl=en) as she shares her journey via QUT's Creative Industries Instagram channel.

Applications for a 2019 Churchill Fellowship opened on 1 February. Details can be found at: https://www.churchilltrust.com.au/news/apply-now-2019-churchill-fellowship/