QUT has received a Bronze Award in the inaugural SAGE Athena SWAN program which seeks to address gender equity and diversity in the STEMM higher education and research sector.

SAGE has adopted the Athena SWAN accreditation framework for use in Australia’s STEMM higher education and research sector to create structural and cultural change for gender equity. “They both take a strengths-based approach and focus on the dual need to equip women to navigate the system while at the same time improve the system itself by removing barriers and biases to women’s full participation in STEMM,” Professor Sheil said.

“At QUT we are working to ensure that it would not even occur to a bright young woman interested in the STEMM disciplines that her talent and hard work would ever be held back by her gender or circumstances.”

“The plan includes QUT-wide and STEMM-specific action and encompasses initiatives already underway as well as some new ones to support gender equity and diversity in recruitment, progress and retention of staff in STEMM faculties, institutes and disciplines,” she said.

“Implementation of the action plan will be overseen by the QUT SAGE Athena SWAN Action Plan Committee.” 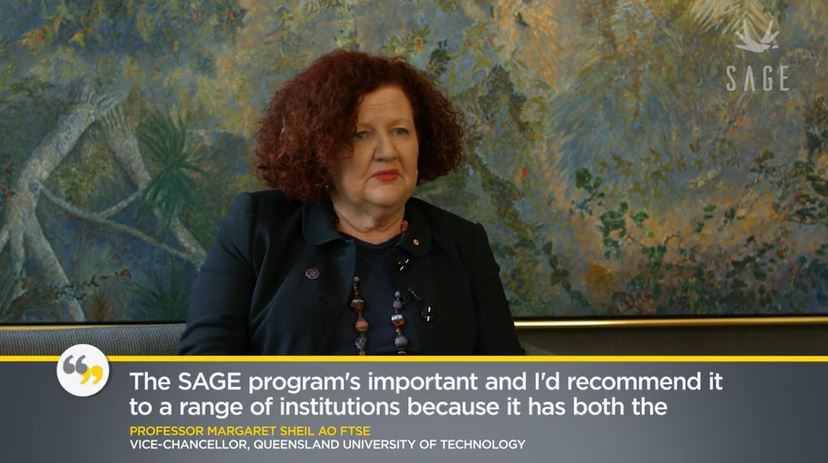 SAGE executive director Dr Wafa El-Adhami said that since SAGE began in 2015, the STEMM higher education and research sector in Australia had stepped up its efforts to address gender equity and diversity.

“The sector wants to make a difference and is now committed to and invest in Athena SWAN,” Dr El-Adhami said.