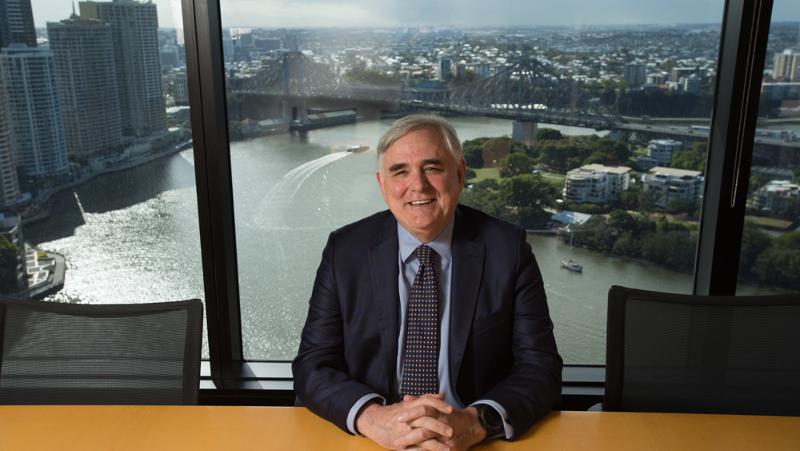 One of Queensland’s most experienced company directors and respected legal practitioners, Darryl McDonough, is QUT’s Outstanding Alumnus of the Year.

Mr McDonough was presented with the award at a ceremony in Brisbane today, along with the Outstanding Alumnus Award for the Faculty of Law.

The Outstanding Alumni Awards recognise outstanding graduates of the university (and predecessor institutions), who have displayed exceptional professional, academic or research achievements and contributions to the community. 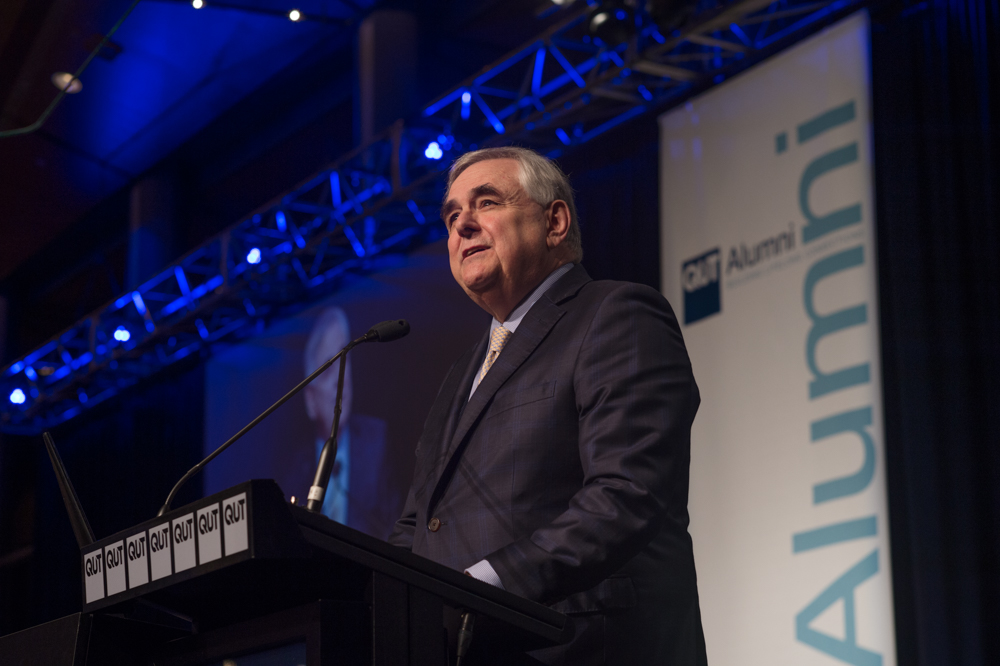 Since graduating from QUT with a Bachelor of Laws (Hons) in 1983, Mr McDonough has practised in corporate law, with an emphasis on national and internal mergers and acquisitions, takeovers and capital raisings, corporate governance and competition law.

He has been voted by his peers since 2012 as among the nation’s top legal minds in corporate law and governance in the annual Best Lawyers Australia list.

As well as being involved in market-leading transactions, including the floats of UniTAB (now Tattersall’s) and Billabong, and the takeover by Japan Post of Toll Holdings, he has authored several editions of Annotated Takeover Law, a key text in the area, and Annotated Mergers and Acquisitions Law in Australia.

He has also forged a career as a non-executive director. Currently he is chairman and non-executive director of building products supplier GWA Group Limited and life insurance company QInsure Limited, and an inaugural director of the University of Queensland Endowment Fund and the charitable Margaret Pemberton Foundation. Former appointments include with Bank of Queensland, Super Retail Group and Cellnet.

Accepting the two awards, Mr McDonough said it had given him the opportunity to reflect on his career and his circuitous route to the law.

At school he thought his vocation lay in the church and the order of Christian Brothers, but instead after Year 12 he went to work for the Commonwealth Bank and enrolled in QUT’s Bachelor of Business (Accountancy).

He was not, he confesses, the most diligent of students early on, dropping in and out: “I was a young lad and there were more enticing things to do at night than go to study.”

Joining the then Corporate Affairs Office in Brisbane ignited his interest in law and after completing his Bachelor of Business he was among the first cohort of QUT law students.

It all “clicked” he said, and he went on to obtain a Doctor of Legal Science from Bond University.

Having dual discipline degrees has stood him in good stead, and it is something he believes would serve young people today considering a law career.

“In some ways the challenges facing law graduates today are no different from the challenges I faced, but you do have things like digital disruption, expectation of clients to respond by email immediately, and less opportunities in private practice with the growth of firms employing in-house counsel,” he said.

“I think there is a greater need for more strings to your bow, to combine a law degree with commerce or economics or something in the sciences area.”

While Mr McDonough has gained immense career satisfaction from high-profile commercial cases, it is some of his pro bono work over the past three decades that has brought most reward.

“Being able to use the knowledge that you have gained to assist people who, for one reason or another, have got themselves in a situation I have found has given me some of my greatest satisfaction,” he said.

While easing out of law practice and transitioning to more non-executive director roles, Mr McDonough is still out to kick goals.

“I keep saying to my kids I have no idea what I want to be when I grow up,” he said. “You’ve always got to be searching. You can’t just stop. Life is not about saying, ‘Look I’m comfortable where I am, I don’t want to go any further’.