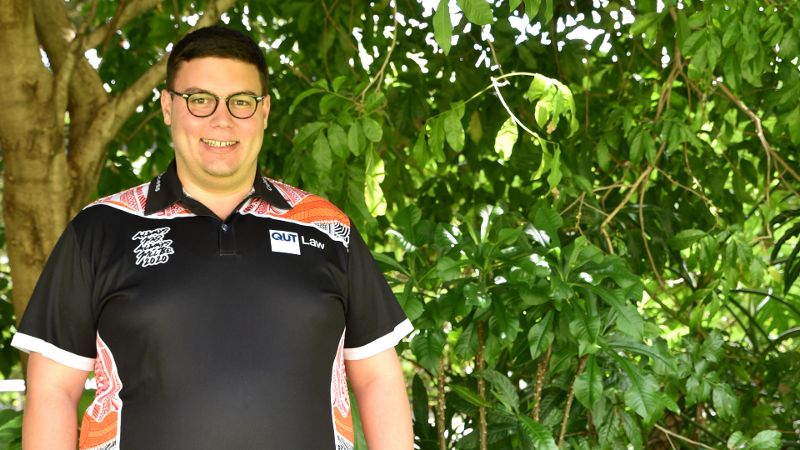 Wyatt Cook-Revell has family connections to the Birri Gubba, Gooreng Gooreng, Wangan Jagalingou and Wakka Wakka peoples. He is the eldest of seven siblings and was born and raised on Yugara country.

Wyatt began studying a Bachelor of Laws (Honours) at QUT in 2017 after completing high school at Ipswich Grammar School through an Australian Indigenous Education Foundation scholarship.

The BAQ Indigenous Law Students Program provides Indigenous students with an introduction to life at the Bar and an insight into the lives of barristers and judges. The Program involves a three-week internship with a barrister, a Judge of the Federal Court of Australia and a Judge of the Supreme or District Court of Queensland. “I was fortunate to complete my rotations with Christopher Murdoch QC, Justice Collier of the Federal Court of Australia and Justice Philippides of the Queensland Court of Appeal. I was exposed to different areas of law, including criminal law, native title law and employment law,” Wyatt said.

Wyatt has been passionate about studying law and pursuing an advocacy role from a young age. “My involvement in numerous family court proceedings during my parents’ separation motivated me to study law. The legal proceedings were challenging for me because I did not feel that my voice was heard in the family law system. In many respects, it meant that I had to advocate for my voice and my perspective to be heard and considered by the Court.”

During the Program, Wyatt attended client conferences, undertook research tasks and attended Court to observe proceedings. “I was able to observe the different advocacy styles of experienced Barristers from across the country and gain a deeper understanding of how court proceedings are initiated, managed and concluded.”

As someone considering a career at the Bar, Wyatt says the opportunities afforded by the Program were invaluable. “The BAQ Indigenous Law Student Program enabled me to obtain a behind-the-scenes view of how matters are prepared for court, make invaluable industry connections, and shadow one of Australia’s leading employment and workplace health and safety barristers. This would not have been possible without being part of the Program.”

Due to graduate at the end of 2020, Wyatt will undertake a Judge’s Associateship in the Supreme Court of Queensland starting in 2021, “The Program will certainly hold me in good stead as I undertake my Judge’s Associate position next year.”

For those considering studying law he says, “The opportunity to be tertiary educated is an important milestone. In our journeys, it is just one of many along our way. We should always remember to be humble and treat all with respect. With this, I believe, we have the potential, to achieve just about anything.”

Reflecting on NAIDOC week, Wyatt says that this year’s theme Always Was, Always Will Be, “recognises the underlying principle from which the cases of Mabo and Wik were decided – that Aboriginal peoples and Torres Strait Islanders are Australia’s First Peoples and their distinctive spiritual, material, and economic relationship with the land, territories, waters, coastal seas, and other resources has never been ceded.”

Learn more about the Bachelor of Laws (Honours) at QUT. 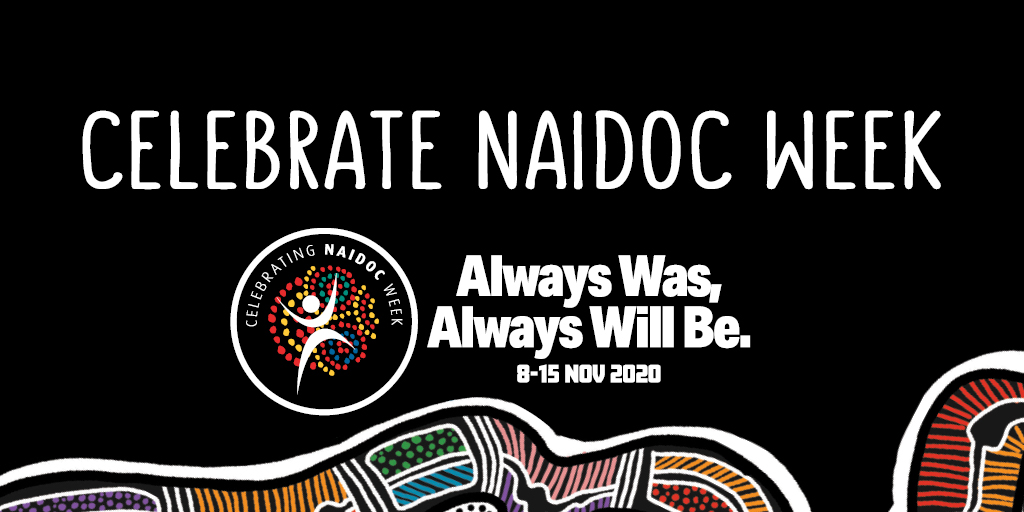 NAIDOC Week 2020 acknowledges and celebrates that our nation’s story didn’t begin with documented European contact. NAIDOC 2020 invites all Australians to embrace the true history of this country – a history which dates back thousands of generations.

It is about seeing, hearing and learning the First Nations’ 65,000+ year history of this country - which is Australian history. We want all Australians to celebrate that we have the oldest continuing cultures on the planet and to recognise that our sovereignty was never ceded.

Always Was, Always Will Be.