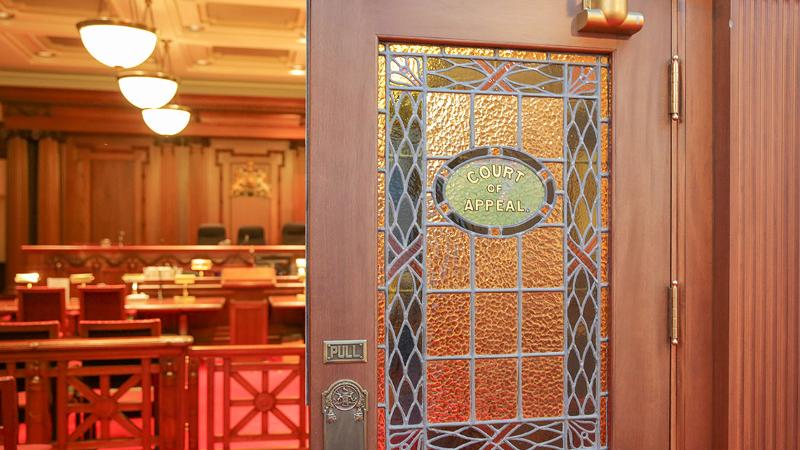 Participants in the fourth Ian Fletcher Moot are preparing to battle it out for the coveted title of winners of the largest international insolvency moot in the world.

QUT Law Faculty students William Zhou, Sam Dennis and Nicholas Davies were ranked in the top 8 teams from among a record number of entrants based on their written submissions and are looking forward to competing in London on 7-9 February.

“When I first commenced my studies at QUT in 2016, I never contemplated the idea that I would be afforded the opportunity to represent [QUT] at an international Moot in London,” says Sam.

Although nervous, he is looking forward to developing his mooting skills at an international level. When asked about prep for the oral rounds, Sam says there has been plenty of “late nights”, “endless readings” and collaboration.

“I think being able to all work together and throw ideas at each other has been our strongest point in preparing for London,” he says. “We have tested ourselves to apply our academic knowledge outside of the core units.”

Sam and the other members in the team say they could not have made it this far without the dedication of their coach, Dr Elizabeth Streten.

“The opportunity given to us by QUT and the unwavering support of our coach Dr Elizabeth Streten is incredible,” says Nicholas. “I am very excited to present our arguments in London, which we have worked so hard on leading up to the oral rounds.”

Nicholas says that preparing for the Moot has enabled him to improve his written and oral communication, and he has learned a great deal about international insolvency law and some of the difficulties it faces.

“The Ian Fletcher Moot has been challenging (in a good way) and I hope future law students may also find value in participating in the moot,” says William.

The Fletcher Moot is name in honour of the late Emeritus Professor Ian Fletcher, a world-renowned scholar and author in international insolvency law. The Moot is jointly sponsored by the Queensland University of Technology, INSOL International, and the International Insolvency Institute.

For more information about the competition, please visit the website.