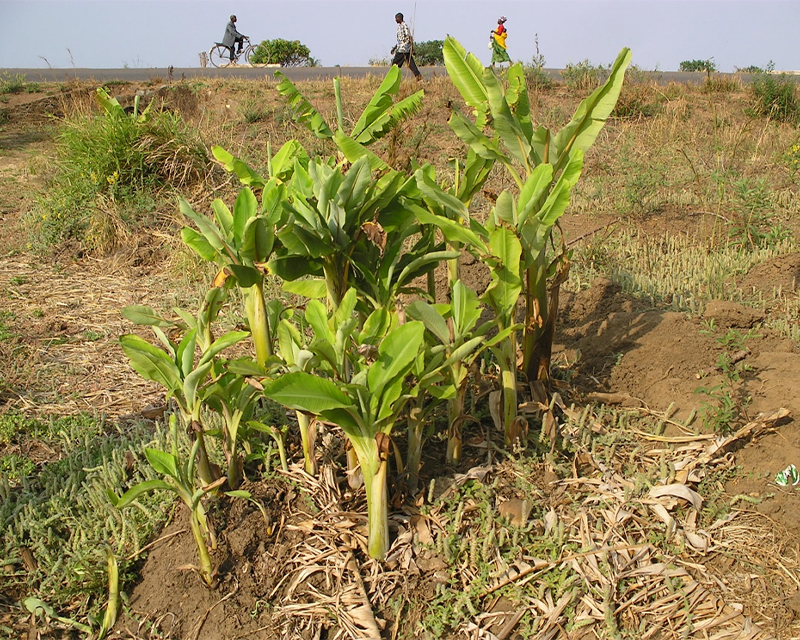 Banana bunchy top disease (BBTD) is the most devastating viral disease of bananas and caused by the Banana bunchy top virus (BBTV). Infected plants become stunted resulting in 100% yield loss. Bunchy top occurs in Australia, is widespread in Asia and is moving aggressively through Africa. At the present time, BBTV is having the greatest impact on the production of Cavendish in southern African countries such as Malawi and Zambia where the crop is used as a cash crop for small holder farmers. The relatively recent expansion of BBTV into Nigeria in plantains poses a major threat to this core staple food in West Africa. BBTV is also perilously close to Uganda where their staple food, the cooking bananas known as East African Highland bananas, is known to be very susceptible to the virus.

With funding from the Bill & Melinda Gates Foundation, QUT scientists in collaboration with researchers from Malawi and Kenya have been working to develop Cavendish bananas with resistance to BBTV. The project’s field trial in Malawi is currently in its third year and lines with significantly reduced infection rates have been identified. The next versions with greater levels of resistance are being developed through combinatorial strategies and genome editing.

Learn more about our Centre for Agriculture and the Bioeconomy's banana biotechnology work here.