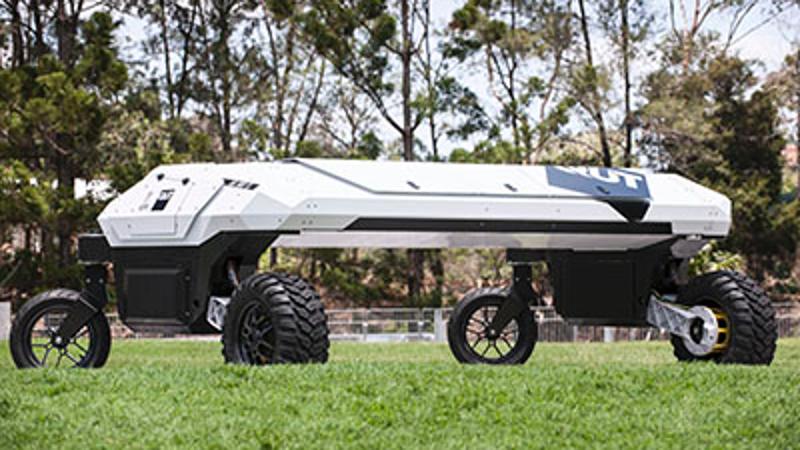 Agricultural robot Agbot II, designed and built by QUT with support from the Queensland Government, could save Australia’s farm sector $1.3 billion a year by reducing the costs of weeding crops by around 90 per cent.

Farmers saw the robot in action at Bundaberg today (20 October), when the fully-autonomous Agbot ll was demonstrated for the first time.

Professor Tristan Perez, leader of QUT’s agricultural robotics program, said Agbot II’s sensors, software and other electronics enable it to navigate through a field, detect and classify weeds and then kill them either mechanically or chemically. The robot can also be used to apply fertiliser.

“In future versions, the robots could also feed back data on such things as soil and crop health and the state of diseases as they conduct their operations. This would enable better management decisions driven by paddock specific real-time information,” he said. 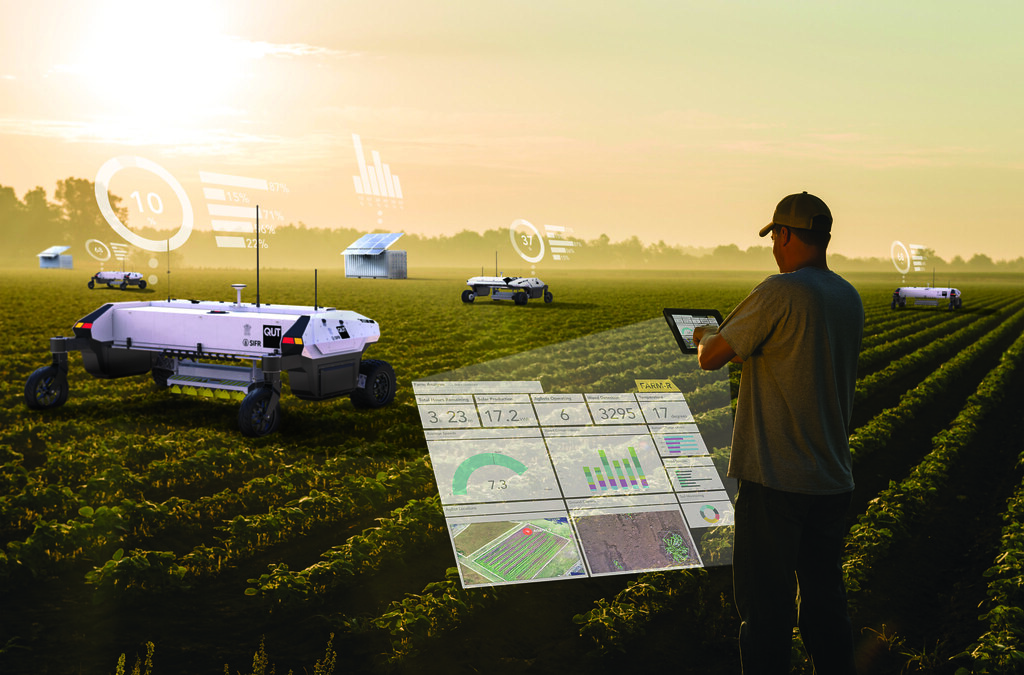 The robot was also demonstrated for Minister for Agriculture and Fisheries, Leanne Donaldson.

“The Robotics partnership between the Queensland Government and QUT is a great example of how government and can work together to help our agricultural industries,” the Minister said.

“My Department invested $3 million into this project to help producers use technology to increase efficiencies, profitably and sustainably.

“The Department of Agriculture and Fisheries is committed to investing in innovative technologies to develop Queensland’s agriculture and food industries.”

Professor Perez said Agbot II has demonstrated an outstanding performance in the use of robotic vision and artificial intelligence for the detection and classification of different weed species.

“To date, we have concentrated on the three weeds that are relevant to Queensland: volunteer cotton, sow thistle and wild oats, and the vision system operated with 99% accuracy in the classification of the correct species based on the images collected by the robot cameras.”

He said one of the key problems is that weeds are becoming increasingly immune to chemical control and that was why it was important an agricultural robot could not only detect, but classify the weed species on the spot and decide which actions to take to treat them.

"The light weight of AgBot II, which is about 600kg, will help reduce soil compaction that affects the yield by limiting the root development of the crops. Also due to weight, the robots can be deployed faster onto fields after rain to keep a tight control of weeds before they drop their seeds.

“In addition AgBots are designed to work in groups and this increases the reliability of weeding operations. If one robot has a problem and fails, the others continue operating. This is not the case with a single tractor or single sprayer operation."

Professor Perez said Agbot ll is solar powered at present, which is better for the environment and the farmer’s budget.

He said QUT’s Farm Robotics team was at the forefront of innovation in agricultural robotics.

“We are integrating deep agricultural knowledge and systems science with powerful digital technologies such as big data analytics, economic modelling and decision science into these farm robots,” he said.

The QUT team is currently in discussion with potential commercialisations partners to take this technology to Australian farmers soon.

QUT’s program on Strategic Investment in Farm Robotics (SIFR) is co-funded by the Queensland Government, through the Department of Agriculture and Fisheries.

The three-year program, conducted at QUT under the ARC Centre of Excellence for Robotic Vision with the support of QUT’s Institute for Future Environments, aims to develop and fast-track farm robotic technology that will reinvigorate agricultural productivity by increasing production and reducing costs.

The SIFR program takes an integrated approach and focuses not only on technology, but also on key enabling factors for its adoption, including economics and business; risk, regulation and policy; and social aspects such as workforce education and training.