Chair of the IFE Advisory Committee

John is Chair of recently listed Over the Wire Holdings and advisor to the Board of TandA, a fast-growing rostering platform.

His achievements and support of the IT industry in Queensland were acknowledged in 2006 with his election as Chairman of Software Queensland. In 2007, he was awarded Doctor of the University in recognition of his distinguished service to QUT and the community.

A long-standing community advocate, John was Founding Chair of the Royal Blind Foundation in Queensland. He is a Past-president of the Rotary Club of Brisbane and chaired the Host Committee for the Rotary International Convention in 2003, which attracted more than 17,000 delegates to the city.

John has participated in several international business development missions for the State of Queensland and served as a member of the Queensland Government ICT Ministerial Advisory Group.

His various contributions were recognised by Australia’s ICT peak body when he was inducted into the Pearcey Hall of Fame for distinguished lifetime achievement and contribution to the development and growth of the Information Technology Professions, Research and Industry. 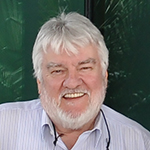 Dr Peter Isdale has made a contribution to science, first working with pioneers in the measurement of climate change, reading the history of weather in massive reef corals. Author or co-author of more than 50 papers in marine science, Peter helped to turn research discoveries into platforms upon which others could build enterprises.

He promoted biotechnology start-up companies, sought and managed investment, spent a decade in CEO roles and ended his formal executive career in the corporate suite of an ASX 150 company. Having served on more than 30 company boards, he’s now “retired” to a world of consulting, governance and advisory service to industry and researchers.

Peter is the Chairman of the Innovation Centre Sunshine Coast, The Wetlands and Grasslands Foundation, and Deputy Chairman of Suncare Community Services Ltd.

He’s a Non-Executive Director of the Emergency Medicine Foundation Ltd and Chairman of the Advisory Board, Medical Engineering Research Facility, QUT. He’s an Adjunct Professor of QUT’s Science and Engineering Faculty, and the Commercialisation Strategy Advisor to the University of the Sunshine Coast. Molly Jahn is a professor at the University of Wisconsin-Madison in the USA, holding appointments in the Department of Agronomy, the Center for Sustainability and the Global Environment, and the Global Health Institute.

From 2006-2011, she served as dean of the University of Wisconsin's College of Agricultural and Life Sciences and Director of the Wisconsin Agricultural Experiment Station. In 2009-10, she provided interim leadership as Deputy and Acting Under Secretary of Research, Education and Economics at the US Department of Agriculture. 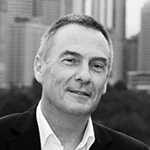 Gavin holds a Bachelor of Commerce degree from the University of Otago and an MBA from Monash University.

In addition to several other board positions, Gavin is a member of the Prime Minister’s Industry 4.0 taskforce and is the Chair of the Internet of Things Alliance Australia (IoTAA), the peak body for organisations with an interest in the adoption of IoT in Australia. He was an Alexander von Humboldt Research Fellow and group leader at the Max Planck Institute of Colloids and Interfaces (Berlin, Germany) from 1997–2002. From 2003-2012 he was an ARC Federation Fellow at The University of Melbourne. He has published more than 400 peer-reviewed papers.

He was on Thomson Reuters’ 2014 list of the World's Most Influential Scientific Minds. He is an Executive Editor of Chemistry of Materials and on the Editorial Advisory Board of 10 other scientific journals. He was elected a Fellow of the Australian Academy of Science in 2009. Professor Lutz Heuser is a highly experienced technology leader and strategist with more than 25 years experience in the ICT industry. As CEO of the [ui!] GROUP, he manages one of the most successful groups of start-up companies focusing on smart city solutions, with operations in Germany, USA, Hungary and Australia. In 2016, [ui!] was among the winners of the German Digital Leader Award for its innovative platform for urban traffic infrastructure.

Formerly, as Global Head of SAP Research, Lutz led some of the European Union’s most significant strategic ICT programs, which directly led to the germination of the Internet of Things concept and its application in the domain of smart cities.

Lutz’s deep technical knowledge in advanced ICT systems and significant track record working with leading industry partners and governments at all levels have allowed him to take on a leading role in the development of the smart cities concept across Europe.  He chairs the two leading standard groups of smart city technology in Germany, and is Chairman and Founder of the Smart City Forum, the largest network for digital transformation in cities in Germany. Lutz is also the Chairman of the Action Cluster “Sustainable Urban Mobility” of the European Innovation Partnership on Smart Cities and Communities. 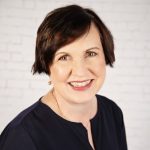 Distinguished Professor Patsy Yates is the Deputy Vice-Chancellor and Vice-President (Research and Innovation) at QUT. Patsy is also jointly appointed as Head, School of Nursing for QUT, Lead Researcher for the Cancer Nursing Professorial Precinct at Royal Brisbane and Women’s Hospital, and Director for Queensland Health’s statewide Centre for Palliative Care Research and Education (CPCRE).

As Head of one of the largest Schools of Nursing in Australia, Patsy has been instrumental in leading a process of re-imagining how education is delivered to undergraduate and postgraduate students of nursing and how academic-service partnerships are optimised to ensure nursing’s contribution is realised. She also leads a large competitively funded research program focused on developing workforce capacity in cancer and palliative care, advancing the management of cancer related symptoms and treatment side effects, and strengthening the nexus between research, policy and practice in cancer and palliative care.

Patsy is the immediate Past-President of Palliative Care Australia and is President of the International Society of Nurses in Cancer Care. Patsy is a Fellow of the American Academy of Nursing and has been inducted into the Sigma Theta Tau International Nurse Researcher Hall of Fame.  She was awarded the 2018 Oncology Nursing Society’s Distinguished Researcher Award at the 43rd Annual Congress in the US, and the The Association of Queensland Nursing and Midwifery Leaders 2018 Outstanding Achievement in Nursing/Midwifery Award at the 2018 AQNML Awards in Australia as well. 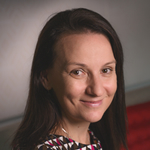 Professor Kerrie Wilson is the Executive Director of the Institute for Future Environments at Queensland University of Technology (QUT).  Before joining QUT in January 2019, Kerrie was the Director of the Australian Research Council (ARC) Centre of Excellence for Environmental Decisions and an ARC Future Fellow at The University of Queensland. She is also an Affiliated Professor in Conservation Science at The University of Copenhagen and the Australian Natural Sciences Commissioner for UNESCO, and has previously held leadership positions with NGOs, including Director of Conservation for The Nature Conservancy Australia.

Kerrie has two decades of experience leading and conducting research into the science, strategy and policy of conservation. She is particularly interested in applied resource allocation problems, such as how to invest limited resources to protect or restore biodiversity and what sociopolitical and institutional factors influence investment success in conservation.

Kerrie’s research has been published in high impact journals such as Nature and Science and involves collaborations with government agencies and NGOs at local, national and global levels. Kerrie has received numerous national awards, including the Prime Minister's Prize for Life Scientist of the Year, the Australian Academy of Science Nancy Millis Medal for Women in Science, two ARC Research Fellowships and an Australian Museum Eureka Prize for Outstanding Young Researcher.

Kerrie holds a Bachelor in Environmental Science (First Class Honours, awarded in 1999) from UQ and a PhD from The University of Melbourne (2004), undertaken in collaboration with the UN Environment Programme’s World Conservation Monitoring Centre, based in Cambridge.