Grand Challenge Lecture: The assault on journalism and why it matters The imprisonment of Peter Greste along with two of his Al Jazeera colleagues in Egypt in 2013 on terrorism charges has been followed in recent years by similarly concerning incidents in Australia and overseas that have thrown a sharp spotlight on the erosion of press freedom. In this Grand Challenge Lecture, Peter Greste explores how journalism became a target and what we can do about it.

Winners of the 2020 Science in Focus competition will also be announced at the end of the event.

The assault on journalism and why it matters

When Peter Greste and two of his Al Jazeera colleagues were arrested and charged with terrorism offences in Egypt, he thought it was just a misunderstanding, a case of mistaken identity or perhaps some mistranslation of his reporting. But as the case progressed, he realised it was both an attack on press freedom and an example of a global assault on journalism that has emerged since 9/11 signalled the start of the War on Terror. It was a particularly graphic example of how governments have used national security as an opportunity to silence uncomfortable journalism.

Since then, high-profile cases such as the murder of Saudi journalist Jamaal Khashoggi, the persecution of Maria Ressa in the Philippines, the AFP raids on two Australian news organizations last year, or the forced departure of the last two Australian journalists from China, have all brought the issue of press freedom to public consciousness. In this QUT Grand Challenge Lecture, Professor Peter Greste examines how it happened, the effect it has on our democracy, and most importantly of all, what we can do about it. 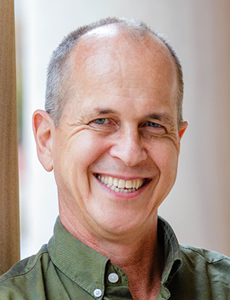 Professor Peter Greste is an Australian-born journalist, author, media freedom activist and academic. He is a founding member of the advocacy group, the Alliance for Journalists Freedom, and the UNESCO Chair in Journalism and Communication at the University of Queensland.

Before joining the university in January 2018, he spent 25 years as a foreign correspondent, starting with the civil war in Yugoslavia and elections in South Africa as a freelance reporter in the early '90s, before joining the BBC as its Afghanistan correspondent in 1995. He went on to cover Latin America, the Middle East and Africa for the BBC.

He hit the headlines himself in December 2013, when he and two colleagues were arrested in Cairo on terrorism charges. They were convicted and sentenced to seven years in a case that drew international condemnation as an attack on press freedom.

Under pressure, Professor Greste was released and he went on to become a champion of press freedom around the world. His stance has earned him numerous international awards, including the the Australian Human Rights Commission Medal, the RSL’s 2016 ANZAC Peace Prize, and the Australian Press Council’s 2018 Press Freedom award.

This lecture will be recorded and published to the IFE podcast channel and QUTube.
Subscribe to stay updated and listen to our other thought-provoking lectures.