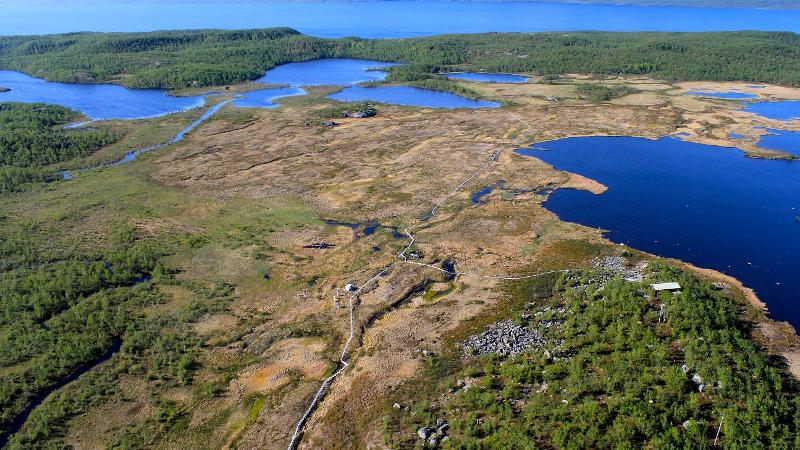 QUT is one of 14 universities from around the globe collectively awarded $US12.5 million by the US National Science Foundation to launch a new Biology Integration Institute which will focus on better understanding ecosystem and climate interactions.

Called EMERGE (EMergent Ecosystem Response to ChanGE), the institute will bring together an interdisciplinary team of 33 international scientists, including QUT Faculty of Health microbial ecologists and bioinformaticians Professor Gene Tyson and Dr Ben Woodcroft. QUT is the only Australian participant in the institute.

Professor Tyson said EMERGE would build on research that’s been conducted on the ecosystem of Stordalen Mire, a sub-Arctic peatland in northern Sweden where permafrost thaw due to rising global temperatures is driving changes in landscape, plants and microbes.

“We’ve been studying the microbial activity in the Stordalen Mire ecosystem for the past decade, and this will be the focus of EMERGE over the next five years,” said Professor Tyson, an Australian Research Council Future Fellow and Professor of Microbial Genomics in the QUT School of Biomedical Sciences Centre for Microbiome Research.

“We want to better understand how the microbes behave and contribute to producing greenhouse gasses as individual organisms down at the genetic level, how they assemble into communities and interact collectively, and how they evolve over time and in response to changing conditions.

“Inside microorganisms, including bacteria, is a genome, and so an individual gene in a microbe that is breaking down matter within the ecosystem can have a global greenhouse impact.

“The aim of EMERGE is to create a ‘genes-to-ecosystems-to-genes’ framework of what is happening to create models to help predict ecosystem response to climate change.”

The EMERGE institute will bring together scientific expertise inside and outside biology, including in ecology and evolution, organismal biology, team science, and modelling and computational science.  It will also have a strong training, education and outreach component and will involve biologists at the postdoctoral, graduate and undergraduate levels.