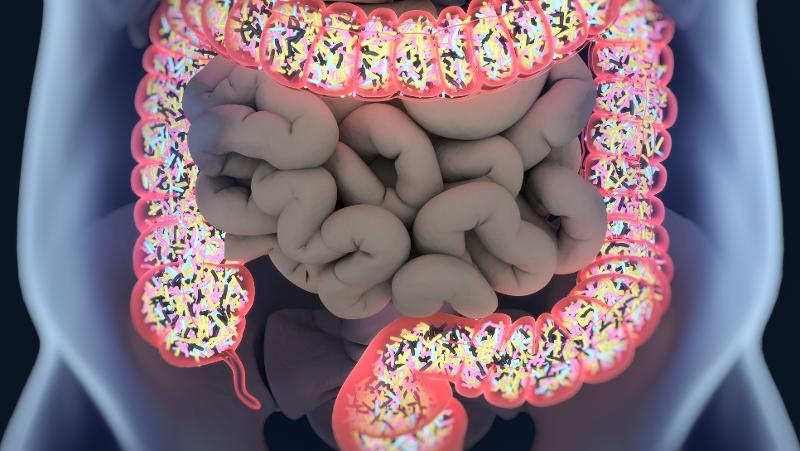 Every surface we come into contact with, including our own bodies, are teeming with microbes such as bacteria, viruses and fungi.

These and other microbes forming our microbiomes are gaining increasing attention due to their tremendous impacts on our health, such as individualised responses to certain drugs, mental health, and immune responses.

We recognise importance of microbes by celebrating this area of human concern annually on World Microbiome Day. Every year on 27 June, we highlight international microbiome research such as that generated by Professor Gene Tyson, head of microbiome research at Queensland University of Technology (QUT) and co-founder of Microba, a world-leading provider of microbiome analysis.

As a Microbial Ecologist and pioneer of metagenomics, Professor Tyson has always been interested in science. He originally studied science in university as a pathway to medicine. However, a research project in his second year of undergraduate study sparked his interest in the potential of microbial ecology and its importance in a wide range of environments.

What stemmed from there has been two decades of leadership in microbiome research.

Professor Tyson is the first to publish on the use of metagenomics sequencing for assessing microbial communities. Having recognised the potential of metagenomics to revolutionise understanding of the human microbiome, Professor Tyson and long-term colleague, Professor Philip Hugenholtz, translated their research to provide the world’s most comprehensive and affordable gut microbiome test to consumers, clinicians and researchers. As a co-founder of Microba, Professor Tyson contributed novel bioinformatic methods for processing large sequence datasets which formed the basis of the company’s proprietary Metagenomic Analysis Platform (MAP™)—winner of the 2019 Brisbane Lord Mayor’s Award for Innovation.

His work now spans microbiome research at QUT from gut to environmental, involving projects within Australia and partnerships across the globe, while also leading research and innovation efforts at Microba.

“Our current research projects range from exploring the role of the human microbiome in conditions such as Parkinson’s disease and inflammatory bowel disease, investigating the role of microorganisms in the release of greenhouse gases in a melting permafrost, and understanding the importance of microbes in coral health and disease – including their resilience to our changing ocean environments, and the discovery of microbial diversity and novel metabolic functions such as anaerobic methane oxidation,” he said.

When asked what his favourite aspects of his current roles are, he explained that he enjoys the freedom to work across a wide range of environments.

“I also have the opportunity to uncover new microbes for the first time and link them to their previously unrecognised functions,” he said.

“This is exciting because it helps us understand the role of these microbes in the context of the environment and human health.”

In 2019, Professor Tyson was listed in the Highly Cited Researchers list by the Web of Science Group with more than 10,338 citations.