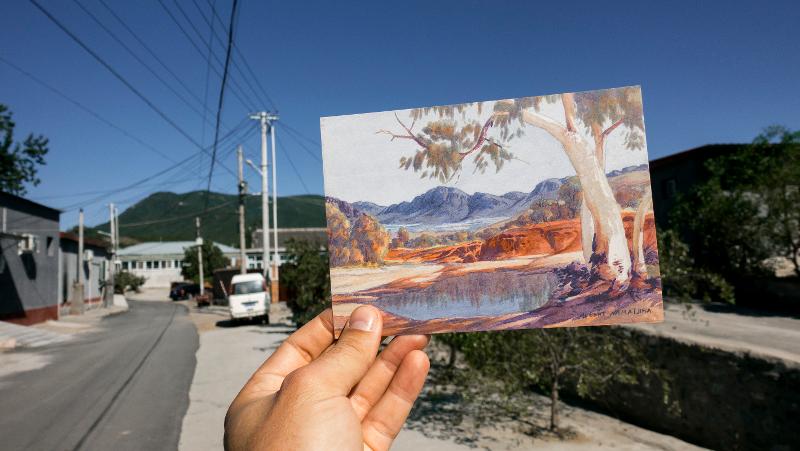 Climate change and the challenges facing us and the environment are on the agenda at a free event in the City Botanic Gardens on Saturday May 8 during the Brisbane Art Design (BAD) Festival and in conjunctions with the On Earth exhibition at the QUT Art Museum.

Hosted by writer, comedian and actor Steven Oliver, Speaking Up: Responding to On Earth will see a range of artists, performers, writers, musicians and other creative thinkers take to the Botanica Stage to riff on the subject, as well as respond to the exhibition, in ten minute bursts.

Speakers include Yuwaalaraay songwriter, composer, storyteller, and performer Nardi Simpson, a finalist in the 2021 Stella Prize for her debut novel Song of the Crocodile, and exhibition artists Keemon Williams, Kinly Grey and Sancintya Mohini Simpson.

They will be joined by the team behind a research project from QUT’s More-Than-Human-Futures research group—TransHuman Saunter: Multispecies Storytelling in Brisbane (Agapetos Fa’aleava, Lan Thanh Ha, Naputsamohn Junpiban, Natasha Narain and Kavita Gonsalves).

On Earth Curator Sarah Werkmeister said the BAD event was a natural extension of the themes and concerns expressed within the exhibition.

“Developed as a response to issues around climate change and an increasing awareness of people’s relationship with nature, On Earth examines the role of art and culture in relation to our understanding of the environment,” Ms Werkmeister said.

“It features works from the QUT Art Collection, including a stunning painting by the late Mirdidingkingathi Juwarnda Sally Gabori (1924-2015), alongside contemporary and historical Australian works, exploring themes around the representation of land, the exploitation of nature, and human experience—cognitive and physical—to posit that art has indeed been at the forefront of shaping everyday opinions of landscape and the environment.”

On Earth showcases the works of a number of contemporary Australian artists across mediums from sculpture to photography, and painting to video.

Their work is joined by watercolours from by Hermannsburg artists Claude Pannka (1928-1972) and Jillian Namatjira (1949-1991), granddaughter of Albert Namatjira, along with a never-before-seen work by acclaimed Queensland Indigenous watercolourist, Joe Rootsey (1918-1963). Other historical works include colonial paintings of Brisbane and beyond, the most prevalent of which is the renowned painter, Isaac Walter Jenner (1837-1902).

On Earth runs from 27 March to 6 June 2021 and also features a suite of screen-prints exploring the themes of land rights and uranium mining in Australia.